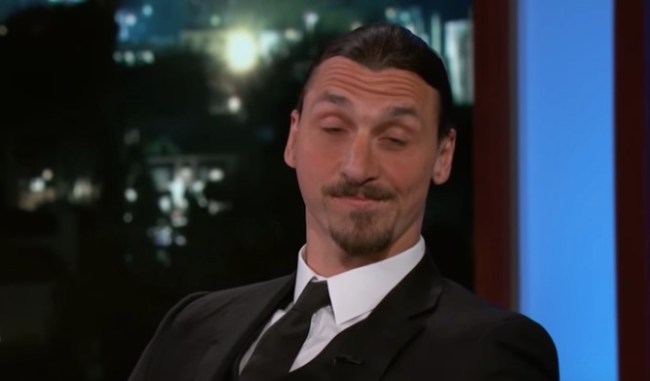 Zlatan Ibrahimović has brought his talents to the MLS and is currently playing for the LA Galaxy. He made his debut in the most Zlatan way possible, by taking out a full-page newspaper ad saying ‘Dear Los Angeles, you’re welcome’. He followed that up by scoring one of the best goals you’ll ever see in his debut for the LA Galaxy.

If you’re not familiar with Zlatan Ibrahimović the first thing you should know is that he’s not exactly humble. Zlatan knows that he’s the cock of the walk. Everything he touches turns to gold. Throughout his career, the dude has scored in his debut every time he plays in a new country but even he didn’t expect to score such a ridiculous roper. You don’t have to care about soccer or know who Zlatan Ibrahimović is to enjoy this interview, it’s that good:

Team USA missing the World Cup in Russia will likely set soccer in America back a few years but Zlatan in the MLS has the chance to keep everyone’s attention captured in the meantime if this dude plays up to his potential. Seriously, people who think soccer is boring and couldn’t ever see themselves watching soccer should watch this goal. This is Zlatan being Zlatan:

That’s as good as it gets right there.