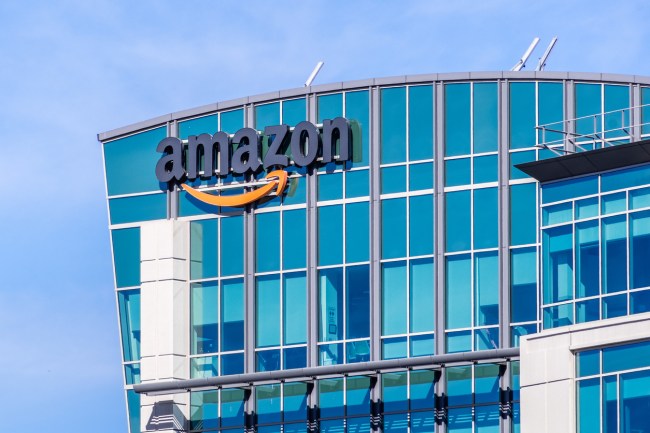 Amazon had yet another spectacular holiday season, and the surging stock price has helped the e-commerce giant become one of the rare companies that have a value of $1 trillion. Amazon isn’t the only one who benefitted from the amazing fourth quarter report, but Jeff Bezos also saw his net worth soar.

If the stock stays around the current price for the rest of the trading day, Amazon will become only the fourth company to join the trillion-dollar club. Three weeks ago, Google parent company Alphabet Inc. became the third $1 trillion corporation, joining Apple, and Microsoft.

Amazon crushed the fourth-quarter forecast and posted $3 billion in profit, pushing the stock to a record $2,092 on Thursday. On Friday morning, Amazon’s market cap gain was nearly $96 billion from Thursday’s close.

“Amazon blew all expectations out of the water during the holiday quarter,” eMarketer analyst Andrew Lipsman said in a statement.

The fourth quarter was so profitable for Amazon because of increased holiday sales, but also because the company signed on a wave of new customers for its Prime Service. The new additions were helped by Amazon’s next-day delivery and offering Whole Foods grocery delivery with the Prime subscription. Amazon claims that there are now more than 150 million Prime member subscribers.

Amazon profited quite a bit from its cloud business. Amazon Web Services supplied the company with $2.6 billion in operating profit, 67% of Amazon’s total, on revenue of $9.95 billion.

Jeff Bezos also benefitted greatly from Amazon’s shares skyrocketing. The Amazon CEO’s fortune rose by $13 billion. Jeff Bezos has a net worth of $129.5 billion, making him the wealthiest person in the world.

Earlier this month, Bezos had been dethroned as the richest person on the planet by Bernard Arnault, French billionaire business magnate and CEO of the LVMH Moët Hennessy luxury conglomerate. But Bezos has reestablished his dominance, followed by Microsoft founder Bill Gates and then Arnault, according to Bloomberg’s Billionaires Index.