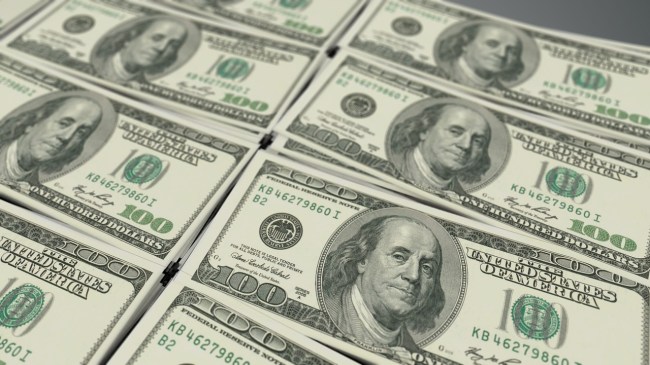 At this time last year, cryptocurrencies were still relatively niche and there were a lot of people out there who assumed the only real worth they had was giving you the ability to anonymously buy drugs on the internet.

However, that would all change in just a few months thanks to the unexpected rise of Bitcoin (and other cryptos), which skyrocketed from around $3,800 on this day in 2017 to a high of just over $19,783 in the middle of December during a time when the world was convinced there was no end in sight.

Unfortunately, it turned out the end was almost immediately in sight, which resulted in a crash that can be best described by yet another South Park reference.

As it stands, crypto is still attempting to recover from the tumbles it’s taken this year (a rehabilitation process we’ve been and will continue to track as the market continues to try and figure itself out).

As of today, the cryptocurrency market has a cap of just over $202 billion and based on how it’s behaved in recent weeks, there’s a chance that number may have changed dramatically by the time you get around to reading this.

Crypto evangelists are still convinced virtual coins and tokens are the future, and even if you’re bearish, it’s impossible to admit cryptocurrencies aren’t here to stay in some shape or form.

However, it looks like they have a lot of catching up to do.

How Much put together a chart in order to put Bitcoin and other investments into perspective by taking a look at all of the wealth in the world and breaking it down category by category— and there’s one stat in particular that sticks out. 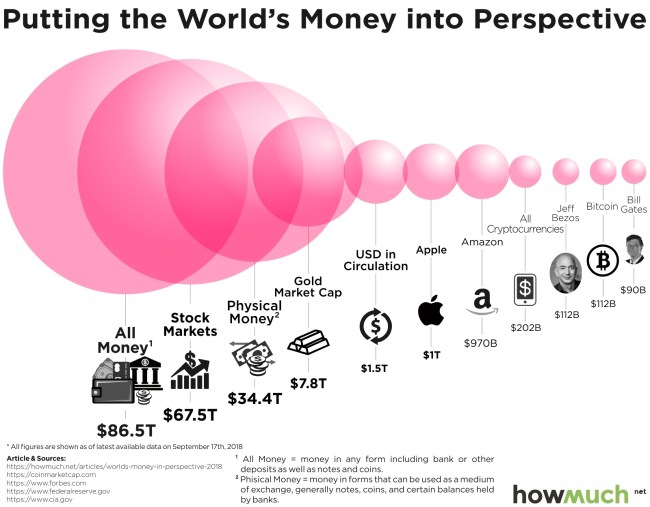 Amazon and Apple (who both recently reached trillion dollar evaluations) both blow the cryptocurrency market as a whole out of the water but the most insane takeaway here is that Jeff Bezos himself is worth the same amount as every single Bitcoin in existence.