When Is The Exploitation Of College Students Going To Stop? Textbook Prices Have Risen 1041 Percent Since 1977 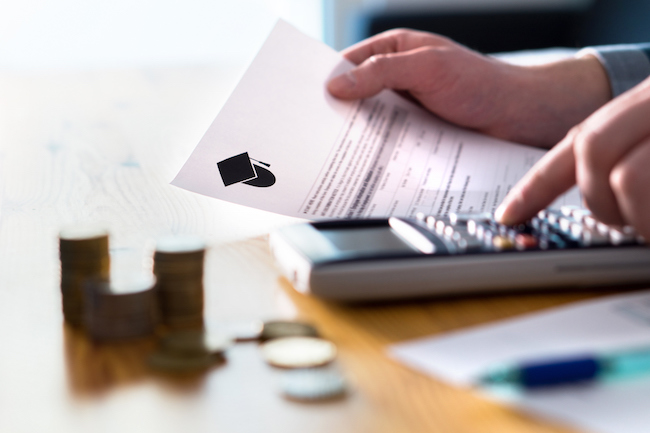 Your tuition is paid for, most likely from student loans, and you’re ecstatic to begin your academic journey into college. You step into the bookstore and it hits you. You receive your first education on the hidden costs of college, one textbook is going to set you back $200, and you need five more books. You are not alone, the average college student pays $1,200 for textbooks and supplies.

NBC News reviewed the Bureau of Labor Statistics (BLS) data, and were shocked to discover that textbook prices have risen over three times the rate of inflation from January 1977 to June 2015, a 1,041 percent increase.

Marisa Bluestone, spokeswoman for the Association of American Publishers, contends that the BLS data “misleading” since it does not reflect a true representation of today’s student because it doesn’t count buying used books or renting. However that number misleading or not, doesn’t excuse the nine-fold increase in textbook prices that also dwarfs the increase in the cost of medical services over the last 30 years.

Don’t think it’s that bad? Well kids are begging NFL players to buy their textbooks so they can attend college.

The $7 billion college textbook industry is controlled by an oligopoly. In a 2006 report by the U.S. Education Dept. Advisory Committee on Student Financial Assistance, James V. Koch, president of Old Dominion University, claimed that five publishers—Thomson, Wiley, Houghton-Mifflin, Pearson, and The McGraw-Hill Companies produce 85% of all college textbooks.

The astronomical prices of college books is at such a high level that it’s actually dictating student behavior. The advocacy group U.S. PIRG surveyed more than 2,000 students from more than 150 different campuses across the country in 2014.

They discovered that nearly half said the cost of books had an impact on how many or which classes they took. They found out that 65 percent of the students questioned decided against buying a textbook because of the insanely high costs, and 94 percent of them said they were concerned that doing this would hurt their grade in that course.

I guess we shouldn’t really be so surprised. Especially when you realize that from 1978 to 2014, college tuition and fees have increased by ridiculous 1,120 percent. For comparison, during that same period, the price of food has increased 244 percent and medical expenses have shot up 601 percent.

All of these outrageous cost have straddled 40 million Americans with $1.2 trillion in outstanding student loan debt, an average balance of $29,000.

So many other countries provide free tuition to their citizens, some even provide Americans with free ride college.

In Denmark, the government pays their students roughly $900 per month TO GO TO COLLEGE, and the money does not have to be paid back!

That seems like an worthwhile investment that will only render rewards of a more advanced workforce that will give the country’s industries a competitive advantage in the global economy.

Students have flocked to buying used books, but the publishers have a proven set of tactics to ensure that the prices will always increase. They will regularly release new editions regardless of a lack of updates in the subject material. Publishers will create a new edition of a textbook on average every 3.5 years.

Despite 76 percent of teaching faculty revealing that the books were updated in ways that were “justified half the time or less.” Plus they’ll sell “bundles,” textbooks which include CDs and other materials that increase the price, even though 65% of teachers saying they have never used the extra media.

“They price these new editions quite high, which in turn dictates the price of used books and rental books,” said Ethan Senak, higher education associate at U.S. PIRG. “Even as they move into e-textbooks, publishers incorporate paywalls, expiration dates and printing restrictions that further continue the practices they’ve used to control the traditional market.”

So what about e-textbooks and online versions of the books? They definitely seem like they have the potential to change education for the better, plus no standing in line at the bookstore or waiting by your door for delivery, not to mention no lugging heavy books all around campus.

One would reason that an e-book version of a textbook would be deeply discounted, but the savings aren’t as much as you would hope. The textbook version of “Fundamentals of Forensic Science” by Max M. Houck and Jay A. Siegel sells for approximately $83.95. Meanwhile, it is $70.53 to buy on Kindle or rent it for four months at a cost of $32.74.

While the renting sounds like a steal, you can also rent a print copy of this same book for 125 days from BookRenter for only $33.53. If you buy the book you can sell the print version back to Amazon for a $40.68 credit. So it’s pretty much the same price for whatever you do. They’ve got you, and they will get their money no matter how you purchase your books.

Chegg, which most are familiar for selling and renting print textbooks, has seen the potential of digital versions. Revenue from Chegg’s digital business rose 62 percent to $30.2 million in the second quarter that ended on June 30. It has accounted for 45 percent of the company’s total revenue, where it was only 30 percent of revenue in 2014, and a mere 21 percent in 2013.

Well the cost of materials must have skyrocketed to cause the price to soar. Nope. While prices for college textbooks are bloated, the market price for regular books has actually GONE DOWN in many cases! The Awl has a very thorough article on the prices of books that topped the New York Times Best Seller list going all the way back to 1951. The prices are all adjusted to 2011 dollar values.

Where demand for these consumer books are generated by the consumers, demand for college books is created by the professors and colleges. That gives publishers a seemingly unfair advantage in the marketplace when someone is dictating to you what to buy. It’s a sales model quite similar to the highly profitable pharmaceutical industry, but instead of doctors determining what you need, it’s professors. But there is no textbook insurance to lessen the heavy financial burden of books.

“Professors are not price-sensitive and they then assign and students have no say,” said Ariel Diaz, CEO of Boundless, a free and low-cost textbook publisher.

In 2010, CBS News reported on the 12 most expensive college textbooks in America, and the findings were staggering.

Yes, for a month’s rent in a nice apartment or the cost of a week-long vacation in the Dominican Republic you could buy a college textbook.

So is there any glimmer of hope for students? In May, Senator Bernie Sanders officially introduced the “College for All Act,” a bill that would eliminate the $70 billion dollar tuition costs at all 4-year public colleges and universities. Under the proposed plan, the Federal Government would cover 67 percent, an expected cost of $47 billion every year. States would be required to pay the remaining 33 percent of the costs, or $23 billion.

In January, President Barack Obama presented his plan to provide free tuition for the first two years of community college. The $60 billion initiative is called “American College Promise” and could help up to 9 million students a year.

But the members of the U.S. government aren’t exactly known for agreeing on and enacting policies in a timely fashion, so don’t expect tuition relief any time soon. It appears as though students are at the mercy of the college textbook publishers. Or studying abroad sounds like it could be fun. Wie ist dein Deutsch?