SO YOU’RE TELLING ME THERE’S A CHANCE

Fed chair Jerome Powell waffled during the economic equivalent of a pregame for the December Federal Open Market Committee meeting, distancing himself from hawkish comments made in October.

At the Economic Club of New York the Fed Chair stated that interest rates were “just below the broad range of estimates of the level that would be neutral for the economy” hinting that the policymakers are closing in on what they would consider satisfactory for maintaining a stable US economy (read: no more rate hikes).

Economists (and newsletter slingers alike) believe Jerry Rate Hikes will increase interest rates in December, in line with a previously anticipated move, above the current 2% to 2.25% range. Going forward it remains to be seen if the FOMC will pull the trigger on the estimated two to three rate hikes for 2019. JP promised that he and his squad will take economic data into account … so there’s that.

Jay’s dovish tone, and surely his above average stature, helped right the sinking ship that was the US equities’ market. The Dow surged more than 600 points, good enough for its largest gain since March.

Powell remained above the political fray, failing to address the spray-tanned elephant in the room, President Trump commenting that he wish Jay was never born.

Water Cooler Talking Point: “The only words that affluent white dudes pay closer attention to? Jim Nantz saying ‘A tradition unlike any other.'” 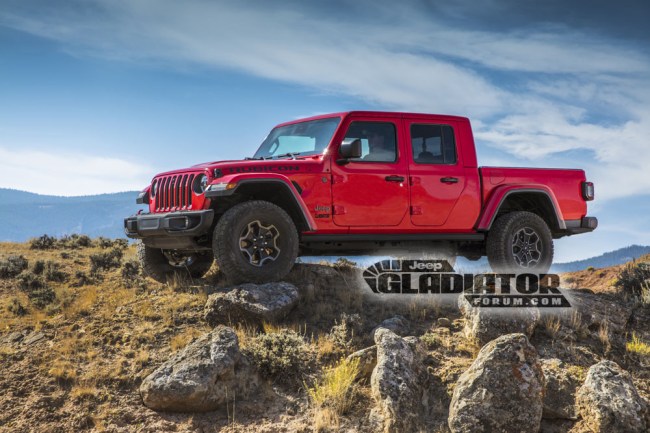 Fiat Chrysler is going all in on SUVs and trucks with their half Jeep-half truck called ‘The Gladiator’. And it very well may be the most bad ass gladiator since Laser and Nitro were degrading average Joes in prime time.

Creating a vehicle Kenny Powers would be proud of was top of mind for the creators of the Hummer-ish whip that will surely be featured in the next Transformer’s movie. To get gear-heads all hot and bothered, Fiat Chrysler lengthened the Wrangler wheelbase by 19 inches and added a high strength steel frame … but stuck with the classic Wrangler fold-down windshield and removable doors.

This will be the first time Jeep has dabbled in the midsize truck market since ‘The Comanche,’ whose production was halted in 1992. Jeep originally produced ‘The Gladiator’ between 1962 and 1988.

Production, at least at the Toledo, Ohio Wrangler plant, is scheduled to begin in April, and the truck will go on sale in Q2 2019. And although Fiat is hush-hush on price, rumors have it pegged somewhere between $35k to $45k.

Water Cooler Talking Point: “Fiat, promise us that you won’t let dudes who wear Von Dutch and listen to Limp Bizkit ruin this like they did the Hummer.”

Altria Group is in talks to buy a “large minority” stake in e-cigarette maker, Juul Labs. An oxymoron-ic claim like that oughta get the SEC poking around. So what exactly is a “large minority?” Enough to give Altria a seat at the table in decision-making at Juul.

Altria, which owns the Philip Morris and Marlboro tobacco brands, pulled its own e-cig products from shelves earlier this month. This appears to be a natural fit and an opportunity for the maker of Marb Red to ride Juul’s e-cig coattails. It doesn’t hurt that Juul controls nearly 75% of the $2.8B e-cig market.

Juul will also benefit from a partnership with Altria. Access to the Marlboro man’s distribution channels as well as its lobbying dollars and war chest of lawyers will help keep cucumber pods pressed between the lips of every teen from sea to shining sea.