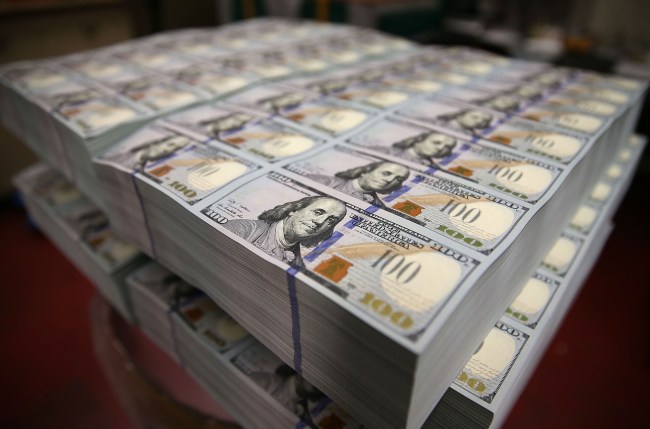 When Occupy Wall Street burst onto the scene in 2011, plenty of people viewed the movement as an excuse for heady people with dreadlocks and an affinity for sweatshirts made of hemp to spend their day in a drum circle talking about books they read in Political Science 101.

Say what you will about the methods Occupy Wall Street employed to draw attention to their cause, but seven years later, it’s pretty apparent many of the protesters were fairly ahead of the curve when it came to realizing how screwed we might be as we descend deeper and deeper into the age of late capitalism.

I guess we probably could have seen it coming if we were really paying attention.

when you make a board game thats purposefully terrible to prove the system is rigged for the rich but the people eat it up anyway pic.twitter.com/PppRxi9dSF

Wall Street may no longer be occupied, but many of the problems that sparked the initial protest have become increasingly visible, especially in regard to the income inequality between “normal” people and the group dubbed “The 1%.”

As it currently stands, one percent of households currently hold 40% of the wealth in the United States, which is great for them and terrible for virtually everyone else who’s still trying to get the money that’s continually dangled in front of us while waiting for economics to start trickling down.

Things are especially rough for millennials, who are getting paid noticeably less than previous generations—although that doesn’t stop many of them from thinking they’ll become millionaires one day.

However, even if you manage to make it into the Dos Commas Club at some point, you’re going to have a lot of catching up to do if you ever want to call yourself part of The 1%— and I mean a lot.

HowMuch.net teamed up with the Economic Policy Institute to do a state-by-state breakdown of how much you need to earn a year to make it into this exclusive economic club and the numbers are more sobering than a cold shower and a cup of coffee. 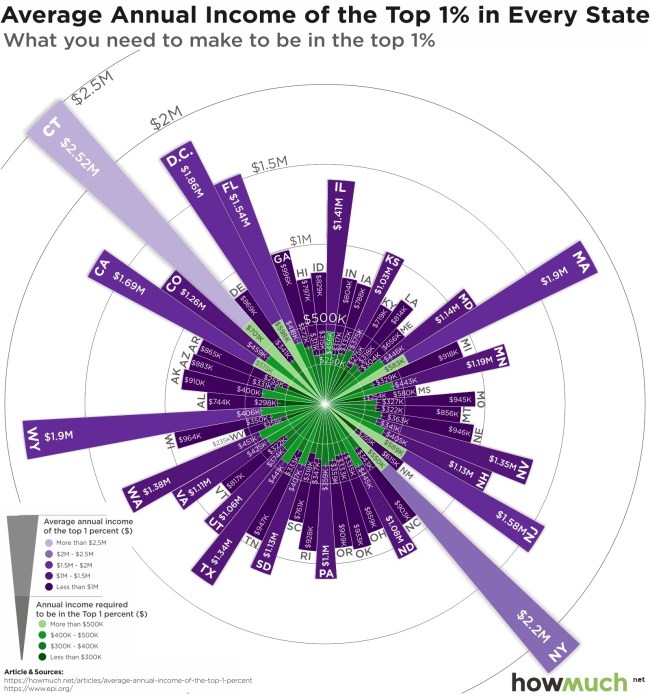 You don’t necessarily have to make millions of dollars a year to call yourself part of The 1% (breaking the $250,000 mark is a good start), but based on some of the average incomes of those who qualify, it certainly doesn’t hurt.