Iceland Is Running Out Of Electricity Because Of Bitcoin Mining 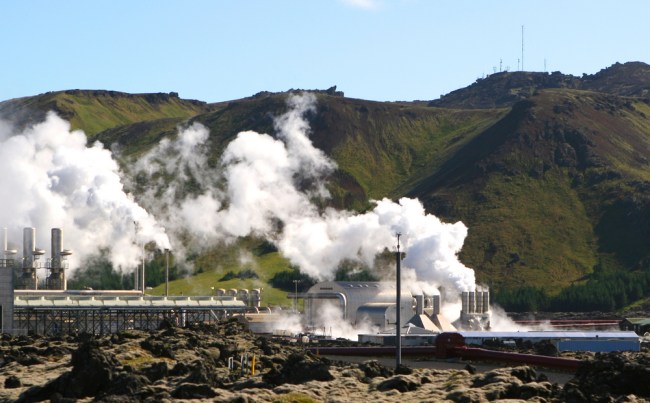 Iceland is one of the greenest countries in the world thanks, in part, to its volcanoes. Nearly 100% of the electricity in Iceland comes from renewable resources with the lion’s share of that energy being generated from hydroelectricity. Iceland is home to some very active volcanoes and they’ve managed to turn the hot water underneath the ground into energy.

But there’s still a finite amount of electricity available in Iceland. With a population of under 350,000 citizens, there’s never been a need to produce a surplus, until now.

Iceland’s become a hotspot for Bitcoin Mining. People are building data centers in Iceland and using the cheap electricity to make $$$$ on Bitcoin, but the energy used to mine for Bitcoin has surpassed the amount of electricity used in the country (via BBC):

But in recent years it has seen a marked increase in the number of new data centres, often built by firms wishing to tout green credentials. Nearly 100% of energy in Iceland comes from renewable sources.
Bitcoin mining refers to the work done by computers connected to the global Bitcoin network.
These computers solve complex mathematical problems – a process that in turn validates transactions between users of the crypto-currency.
The computers that do this validation work receive small Bitcoin rewards for their trouble, making it a lucrative exercise, especially when done at a large scale.
“What we’re seeing now is… you can almost call it exponential growth, I think, in the [energy] consumption of data centres,” said Mr Sigurbergsson.
He added that he expects Bitcoin mining operations will use around 840 gigawatt hours of electricity to supply data centre computers and cooling systems, for example.
He estimated that the county’s homes, in contrast, use around 700 gigawatt hours every year. If Iceland took on all of the proposed Bitcoin mining ventures, there simply wouldn’t be enough electricity to supply them all, he added.

This sounds like a pretty shitty deal for Iceland. Bitcoin is nearly impossible for the country to tax and track so they can’t really keep track of the earnings. It uses more electricity than the population of Iceland. These data centers don’t need a staff there to monitor them. So Iceland’s basically giving away all of this electricity for the cost of a lease while the companies are making $$$$$ on Bitcoin.

You can read more about this over on the BBC.