Don’t have 3 minutes and 32 seconds to read The Water Coolest? Listen on all of your favorite podcast outlets in 2 minutes or less. 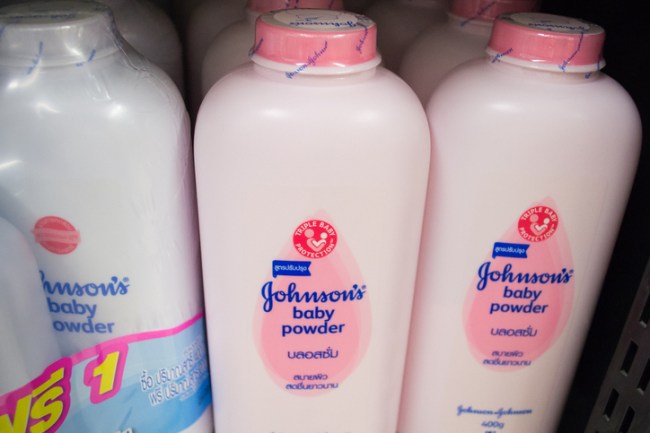 According to a scathing report published by Reuters, Johnson & Johnson was (allegedly) knowingly selling talcum and baby powder products that had tested positive for strains of asbestos since as early as 1971.

J&J spokes-folks called the report a “wild conspiracy theory.” It’s no surprise that investors didn’t buy the attempts to discredit one of most respected news outlets in the world. By the close on Friday, shares of maker of no tear baby shampoo (now with hydrochloric acid!) had dropped 10.04%, its worst single day since 2002.

The Reuters report comes just months after Johnson & Johnson was ordered by a Missouri jury to pay $4.69B to 22 women who claimed that J&J products contributed to their ovarian cancer.

Water Cooler Talking Point: “I bet this isn’t the white powder that J&J execs thought would ruin their careers.”

Luxury brand LVMH, whose portfolio includes Louis Vuitton, Christian Dior and other fashion labels that 2Chainz raps about, plans to purchase the Belmond hotel group for $3.2B including debt.

Belmond, the preferred hotel brand of BSDs the world over owns some of the premiere luxury properties around the globe including the only hotel in Machu Picchu and the Copacabana Palace in Rio. Ever heard of it? Belmond reported $572M in revenue for the year ended September 30th.

LVMH paid a 40% premium to Belmond’s closing price on Thursday for the opportunity to get its hands on the creme de la creme of celebrity hot spots. Despite LVMH’s focus on high fashion, the deal will help the brand give the Derek Zoolanders of the world the premiere luxury experiences they demand.

Water Cooler Talking Point: “I am two commas and a black card away from knowing what it’s like to sleep in a Belmond hotel.”

Elon Musk is actually … wait for it … taking the “missionary” approach to a business decision. Tesla is issuing $837M in auto-lease backed bonds that will help bolster its cash reserves. In addition to the lease payments, the bonds are backed by the resale value of the cars.

Despite Q4 being a historically inopportune time to offer debt, there seemed to be plenty of appetite for the bonds. It probably helps that Tesla is coming off of a record profit-generating quarter, and assigned Elon Musk a babysitter.

This is actually the company’s second offering of this type of bond. In February, the company raised $547M by issuing similarly structured debt.

Water Cooler Talking Point: “Financial news from Tesla just isn’t the same when it’s not delivered via a drug-fueled social media post in 280 character or less.”