I HAVEN’T HEARD THAT NAME IN YEARS … 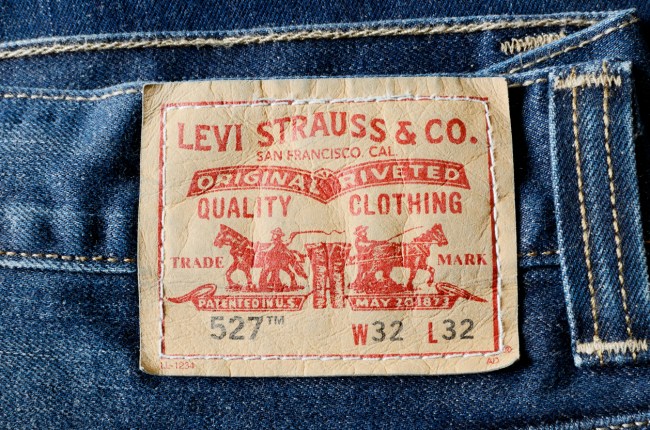 Don’t call it a comeback.

Crippling debt, crumbling retail empires and that mother*cker, Jeff Bezos, all did their part to eat away at Levi Strauss’ top and bottom lines.

How did they do it?

By going all LinkedIn-motivational-post on em’: staying true to themselves. Seriously, Levi Strauss bucked the athleisure trend, improved its core product (jeans), and refocused on tops. Thanks, Macklemore.

And apparently, Levi Strauss knows how to treat the ladies … creating a women’s line that has grown for 10 consecutive quarters.

To weather the retail apocalypse the preferred skinny jean maker of guys who look like extras in ‘Girls’ has gone all DTC with its own stores and online partnerships and direct offerings.

Johnson & Johnson will acquire Auris Health for a cool $3.4B, with an additional $2.35B on the table should Auris hits certain milestones.  The chosen method of payment? Straight cash, homie.

Auris Health is a surgical robotics company that specializes in lung-cancer diagnostic and treatment tools. Last year it released the platform Monarch, which allows surgeons to insert a flexible robot into hard to reach places inside the human body. Sounds hot.

Auris will join J&J’s existing robotic surgery and medical division, called Ethicon. And this deal won’t only help J&J’s lagging medical device sector follow through on its promise to improve its performance through M&A, but will also allow it to build on an existing partnership with Alphabet’s Verily, whom it has been working with to develop the game-changing Verb Surgical Platform.

Apple’s plans to launch its new iOs TV streaming service in either April or early May. The product will offer original programming and a subscription service for existing digital services … except for a few holdouts. The two services that want no part of the offering? Netflix and HBO. *Clutches pearls.*

Apple’s goal is to optimize the mobile viewing experience for users, meaning that your lazy ass won’t need to flip back and forth between apps. Netflix and HBO aren’t so sure how they feel about this, however. HBO is currently in talks with Apple, but they aren’t very far along, and the company says that Apple isn’t offering the same terms that Amazon did with the launch of Prime Video.

According to those close to the matter, Apple and HBO’s varied stances come down to data sharing, and the cut which Apple will take off the top of HBO’s revenue via iOS TV. Apple is apparently asking for a 30% cut of any subscribers that join HBO via its service, doubling the 15% cut they take if users subscribe to services like HBO Now via the app store.

Netflix has proven before that it’s willing to go it alone, and Tim Cook’s belly flop into the streaming pool won’t change that. Netflix and Hulu aren’t present in Amazon Prime’s video streaming service, and they’re expected to stay the course once Apple comes to the table.

As of now, services that have signed on to iOS TV include Starz, CBS, and Viacom. Hope you liked ‘Black Sails.’