Maker Of Corona Buys Massive Stake In Cannabis Company; Turkey Finds A Friend in Qatar Who Offers Up $15B Investment

YOU’VE GOT A FRIEND IN ME

Qatar has taken pity on Turkey, bailing out the country via a $15B cash infusion that may prove to be a day late and many billions of bucks short. The richest country in the world and Turkey go way back. In 2016 Qatar stood by its ride or die during and after a failed coup attempt.

In addition to the $15B investment, Qatar plans to purchase millions of Turkish lira, which has already rebounded 6% against the US dollar thanks in part to the bode of confidence.

Turkey is doing its part to stop the bleeding as well. Regulators in the reeling nation cut in half the amount of currency swaps that banks can participate in which will make it harder for traders to short the lira.

Recep Tayyip Erdogan and Co. also slapped retaliatory tariffs on the US as they continue to claw their way back from the dead. The taxes will target a slew of US imports and range from 50% to a whopping 140%.

Water Cooler Talking Point: “A good friend is like a four leaf clover … hard to find and lucky to have.”

“MAN LOOKS INTO THE ABYSS …”

The SEC issued a subpoena to Tesla to follow up on tweets sent by its fearless leader last week regarding taking the company private.

The problem with Elon’s tweet? Two words: funding secured. This in and of itself, however, is not why the SEC has beef.

Go private announcements are typically reserved for financial disclosures, which are certified by the board … and are generally true. The SEC won’t rain on your parade for making a social media spectacle out of this type of news, but falsifying information to mislead investors is a big no-no.

It remains to be seen what the SEC investigation will turn up, but if Musk was the only one who knew about the “funding,” there could be some fines coming down the road.

Water Cooler Talking Point: “Honestly, if rumors that Elon Musk was on LSD when he sent that tweet are true, I would accept that as a sound defense if I were the SEC.” 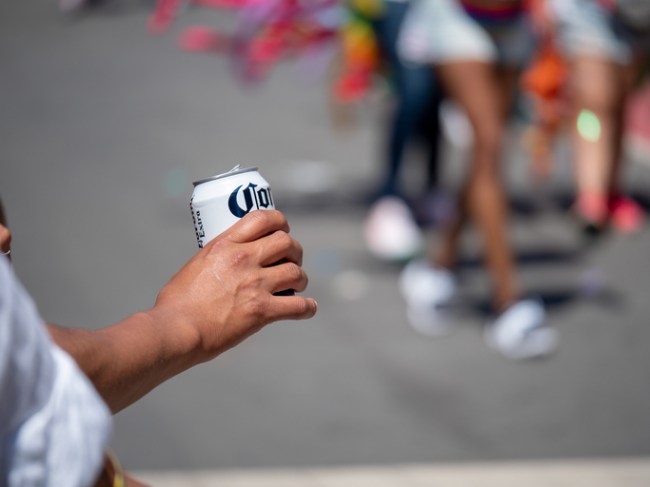 Constellation Brands, the producer of Corona is making a $4B bet on marijuana, investing in Canopy Growth, a Canadian cannabis manufacturer.

The investment gives Constellation a38% stake in Canopy. The brand and many others speculate that the booming Canadian industry will be lucrative in the States once companies like Constellation are guessing will be legalized nationwide in the US before long.

Canopy stocks rose 30% during Wednesday trading on the news. Constellation dropped 6.1%, but if things pan out, Constellation has the opportunity to buy 139.7M more shares over the next three years, or the equivalent in another $5B in funding.

Water Cooler Talking Point: “Even though I live in Massachusetts until they legalize marijuana on a federal level, I would like it to be ABUNDANTLY CLEAR that I do NOT agree with the use of marijuana or Corona for that matter. *wink wink*”