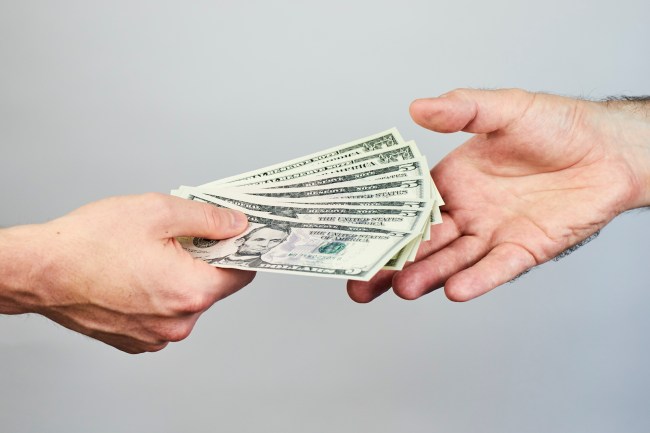 Growing up, everyone forms their own mental image of what it means to achieve the American Dream.

For some, it is just rising above their alcoholic fathers – there’ll be none of that getting shit-faced drunk and pissing in the fridge at two-in-the-morning – and doing something productive with their time on Earth that isn’t a whirling dervish of hangovers and self-destruction.

Others strive to show their parents up financially – they are desperate to drive a nicer car, own a bigger house and maybe ever get a butler – just to prove they aren’t really the lazy, good-for-nothing pieces of shit that mom and dad made them feel like from time to time.

But we’re naïve as fuck in our younger years, and we soon learn that all of our wild-eyed ambitions of grabbing the world by the balls to become some hot-shit, cock of the walk that every man wants to be and all the women want to screw were unrealistic.

The cold hard truth of our snot-nose mediocrity comes crashing down on us somewhere in our mid-thirties, when we find ourselves flat broke, getting cheesed by child support payments and struggling to pay the rent on a dishwasher’s salary.

When taking this into consideration, it is not surprising that most young adults would probably be homeless and forced into a back-alley prostitution ring if not for their parents bailing them out with some cash on occasion.

A new report from Merrill Lynch shows that 70 percent of 18-to-34-year-old have accepted handouts from their parents over the past year.

But oddly enough, this is not happening so that little Bobby and Sally can put some food in their bellies, providing them with the strength to live to fight another day.

The report shows that this age group is simply begging their folks for money in order to maintain the lifestyle that they’ve grown accustomed to.

This is costing parents nationwide in upwards of $500 billion each year.

It sucks to say, but more men have a tendency to lean on the bailout powers of their parents than women.

By the time they hit our 30s, more than 60 percent are still charity cases, while most women have gone on to revel in independence.

This is one reason it’s not a bad idea to find a good woman early in life. Most men do not grow up until their forties and by then, it’s already too late.

A child’s need to suck from the fiscal tit of their parents is something to think about for all you just now starting to think about getting married and raising a family. That little twat goblin that comes blasting out into the world is more than likely going to bleed you dry for the next three decades or more.

And that, of course, doesn’t take into account the possibility of them hurling from the poon universe with a predisposition for gambling or drugs.

The report doesn’t account for the financial beating that parents take at the hands of kids who eventually get all twisted up in the debauched pursuit of damn good times.

So, take a good hard look at yourself and the girl you intend to make babies with. If that union is a solid shit show from jump street, perhaps you might want to reconsider everything.

You won’t be bringing a beautiful life into the world, you’ll be taking on a liability.

It really makes sense when you stop and think about it. Men need more dough to get by because, well, certain necessities of our active lives must be satisfied. There are those daily stops at the liquor store, the weed man, of course, and god even knows how much we shell out at the strip clubs every week.

Toss in the occasional bet on a college basketball game or a hot bathroom tip on a horse, and there is just no goddamned way we can make it out here in the world on $35k per year or less. And we’re supposed to save money as well?

So why don’t parents just cut their kids off and leave them to figure the world out on their own?

Well, according to the report, most parents (more than 80 percent) keep handing over cash to their fully grown children because they don’t want to see them get sucked into the downtrodden.

For better or worse, they want to provide their kids with every opportunity to have a good life – even if that means going broke before their retirement years. And while that sentiment is admirable (dumb as hell, but admirable) the problem is kids are accepting this money without any guilt whatsoever.

Some 80 percent of those who take money from their parents say they are appreciative of their willingness to cough up their stash to help pay for beer, women and whatever else they do not have the discretionary dollars to afford on their own.

But it turns out that this coddling of the kids is an investment for parents. Almost 90 percent of deadbeat children say they would be more than willing to support mom and dad into their golden years.

Presumably, this noble pledge was made before they understood the true definition of support. These kids may not have taken into account just how expensive home health care can be, not to mention the ridiculous monthly rate of round the clock care in an assisted living facility when the time mom or dad can no longer use the bathroom on their own.

If the average kid today doesn’t have enough guts to go out into the world and make his own way, how can he expect to change his parents’ diapers or empty their colostomy bags?

Not even the most loving and responsible kid could take on those duties without blowing chunks.

So, what we’re really trying to say is you might want to think twice about spending all of your parents’ money right now because, unless you are comfortable wiping the asses of others, you are definitely going to need it later.