CUT MY LIFE INTO PIECES 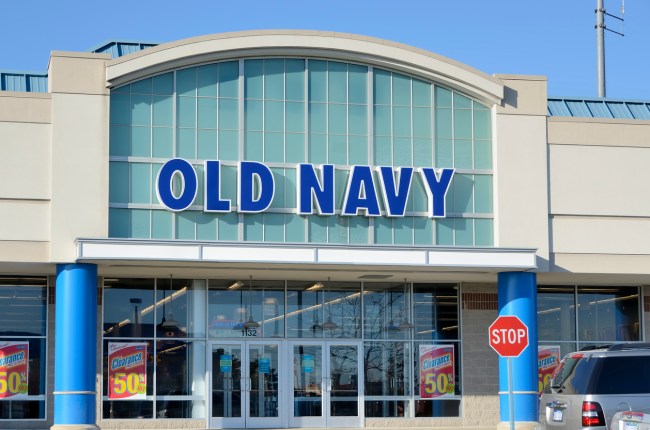 … this is my last resort – Art Peck, probably

Gap and Old Navy are about to have the conversation that no parent wants to have with their kids. The “your mom and I are going our separate ways, sport” convo.

Gap Inc. which owns Old Navy, Banana Republic, Athleta, and others, in addition to its namesake brand, has decided to carve out its more lucrative Old Navy line into a separate public entity.

It probably has something to do with Old Navy carrying the team on its back like Greg Jennings (“F*ck you, Gumby!”). Combined the Gap, Banana Republic, and Athleta brands brought in $9B in 2018. Old Navy? $8B.

The home of the official outfit of the young mother walking her infant around the apartment complex has found success in competing with discount retailers like TJ Maxx.

In case you can’t read between the lines: the Gap sucks worse than Kmart. Like it really sucks. So much so that the brand is closing 230 of its Gap stores over the next two years. The decision comes after the retailer to the middle class put up less than inspiring holiday numbers.

THE WAIT IS OVER

Announced in 2003, the long-awaited $35k Tesla Model 3 is finally here. Known as the “Standard” model, the new vehicle was announced yesterday at 5 PM ET. Tesla suspended all orders and redirected its website ahead of the announcement. Of course, this was about as unnecessary as Elon teasing the “huge” announcement.

The King of Twitter says even at the $35,000 price point, the standard Model 3 will be eligible for some tax credits. Unfortunately, those credits have dropped significantly since Tesla hit the 200k sales mark last year.

According to his calculation, Elon anticipates demand of around 500k Model 3’s per year … which is one hell of a hail mary to avoid SEC sanctions.

Car buying as we know it could be changing soon as well. With the rollout of the new Model 3, Tesla plans to move all sales to the interwebs. Presumably a Shopify store. Musk’s plan involves canning sales staff and turning many current stores into showrooms or galleries.

There’s also a new customer satisfaction program in which a customer, after buying a car with a few clicks on their phone, can return it for a full refund before 7 days, or 1k miles.

Canopy, one of Canada’s largest and most well-known marijuana producers is teaming up with someone who knows their way around the sticky-icky: Marth Stewart.

Canopy plans to bring on the star of Martha & Snoop’s Potluck Dinner Party to oversee a line of CBD products and help the devil’s lettuce gain mainstream popularity in the land of the free and the home of the brave.

And why would an industry titan limit its customer base to creatures with opposable thumbs (read: people)? Martha and Canopy will also develop and market a line of animal treats.

Back in 2015 Target launched a similar partnership with Lily Pulitzer to much success … depending on your point of view. The goods sold out almost immediately leaving many a country club member empty-handed.