PG&E Will File For Bankruptcy; VW And Ford Will Team Up; Newmont Buys Goldcorp 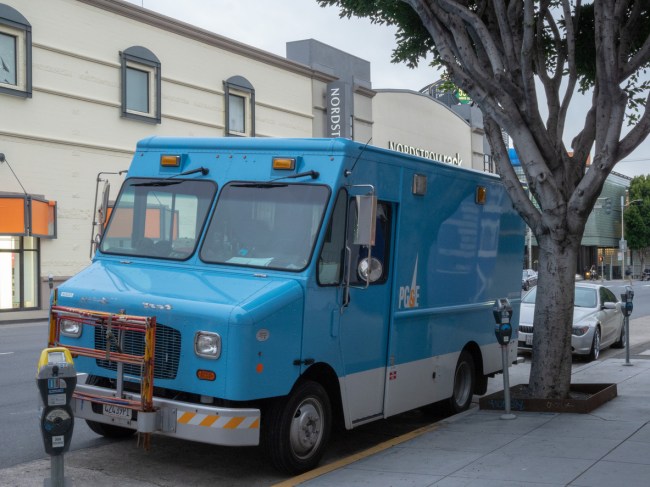 Apparently, PG&E wasn’t kidding when it said it’d be filing for bankruptcy should the state of California leave it high and dry and refuse emergency government assistance to help cover the $30B in liabilities stemming from the most costly wildfires in California history. In fact, yesterday PG&E announced its intentions to declare for bankruptcy protection by the end of the month.

For what it’s worth PG&E’s equipment has been identified as a source of some of the blazes so California bailing them out would be like a pedestrian who got hit by a drunk driver paying for damage to the car … or something like that.

And just when you thought it couldn’t get any worse, on Sunday PG&E CEO Geisha Williams announced that she’d be stepping down with a $2.5M parting gift (read: severance), despite overseeing the entire debacle.

It’s not, especially if you’re a PG&E customer. The bankruptcy filing could come with higher bills for customers, according to reports.

As for PG&E? State senators and regulators in California are blaming piss poor record keeping as a cause of the recent issues the company has faced, so the worst could very well still be yet to come.

Despite luxury brand’s notable absences from the Detroit Car Show and the general lack of enthusiasm for going to Michigan in January, Volkswagen took the opportunity to make some big announcements. The German Automaker publicized plans that it will be investing $800M in its US facilities as Das Auto increases its electric vehicle output.

The plant, located in Chattanooga, TN is adding 1k jobs and will begin making EVs in 2022. The masterminds behind diesel-gate are also considering building some of their Audi brand vehicles in the U.S but have not committed to that just yet.

Thanks to that whole emissions scandal and increasing trade pressure from the US, it was only a matter of time before VW put its tail between its legs and did the land of the free and the home of the brave a solid.

Also on the docket? The company will forge a global alliance with Ford. While both companies have their own respective electric dreams, a partnership will help shoulder the development costs. The firms haven’t dropped the deets of the global alliance just yet, but look out for a presser this AM.

The d*ck measuring contest between Newmont Mining and Barrick Gold just went nuclear. Newmont leapfrogged Barrick, which recently scooped up Randgold for $6B, with its $10B all-stock deal for Goldcorp. Real original name, you guys.

Newmont will pay a 17% premium to Goldcorp’s closing price as part of the all-stock deal. And in what can only be chalked up as a gift masterminded by Midas himself, Newmont’s CEO, whose name is, wait for it … Gary Goldberg, will remain at the helm of the new firm.

Newmont does own another distinct advantage over its rival: most of its troy ounces are of the conflict-free variety. With more than 75% of its resources in the Americas, Newmont has done its best to distance itself from blood-gold, unlike rival Barrick whose reserves lie in Africa and other places that don’t give foreign tourists that warm and fuzzy feeling.

Gold ain’t what it used to be. From its peak in 2011, gold has fallen more than 30%. Coupled with increased extraction costs and depleting reserves, the business isn’t as lucrative as pseudo-reality television would indicate.

If you thought consolidation was out of control in the big pharma space, hold onto your pickax, you gold digging SOB. With Newmont’s purchase of Goldcorp, bullion bulge brackets are few and far between. The street is, however, littered with smaller, boutique players.