Quarantine And Chill? The Best Business TV Shows To Binge During Social Distancing 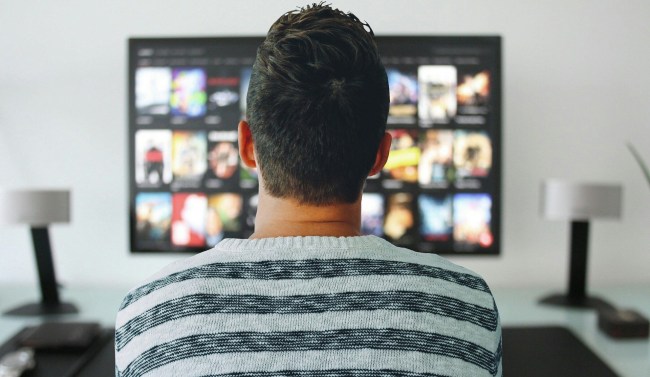 By Nick Ellis, Editor at The Water Coolest

The Water Coolest is a daily business news and financial advice email newsletter… with a hearty helping of unfiltered commentary (see below).

Is there anything better than laying around for six hours on a Sunday like a tub of turd? Ordering takeout, scrolling social media, and leaving an imprint in the couch. That’s been my weekend agenda for all 28 weeks of quarantine, and in no way is that sad (ok, it’s pretty pathetic tbh).

But what happens when you’ve seemingly watched everything? When there’s nothing new to see and all of Netflix’s, Hulu’s, HBO’s, and Disney+’s options seem uninteresting? Well, you hop on the internet, and find yourself here, reading this article looking for something new to watch

So without further ado (not Freddie), let’s look at the best business based tv shows to binge during quarantine.

Mad Men (Netflix)
Aaah, Don Draper. The man you wish you were, sans lung cancer of course (making assumptions here). First aired in 2007 and lasting til 2015, this show is about advertising and marketing in the 1960s. Work, drink, f*ck, repeat. That’s seemingly the daily cycle of how life was in the 60s.

Succession (HBO)
Let’s get this out in the open: The Roy family is really f*cked up (as I’m sure you’ll find out within 5 minute of the opening scene). I mean, my family doesn’t have a multi-billion dollar conglomerate, so I guess I can’t relate, but it’s really messed up all the backstabbing that occurs during this show just for Logan Roy’s attention. Clearly, they all have daddy issues.

Also, if you haven’t seen this hilarious video of everyone wanting Logan’s M&Ms, then you’re missing out.

Silicon Valley (HBO)
You remember Mike Judge? The guy that created Beavis and Butthead, Office Space, and King of the Hill once again hit it out of the park with Silicon Valley. SV is about a group of programmers trying to cut it in, well, you guessed it, Silicon Valley. >Have I mentioned Silicon Valley?

And while there are many great characters in the show, Jared is by far the best (not a biased opinion at all just bc I’m also tall, skinny, and awkward).

Billions (Showtime)
“What’s the point of having f*ck you money if you never say f*ck you?” – Bobby Axelrod

Do you like finances and playing politics in the business world? No? Then what’re you even doing here…

This show mostly centers around a hedge fund owner and a US attorney, playing a little game of high stakes cat and mouse. So if you liked Wolf of Wall Street, then this might be right up your ally.

The Cubes, Mr. Wonderful, Damon? What could be better, as these 5 (sometimes 6) fat cats of the business world throw their cash around to help real life entrepreneurs get their startups to the next level.

Dirty Money (Netflix)
Now in its second szn, Dirty Money investigates different business stories or scandals during every episode. From Wells Faro’s fake accounts scandal, to Payday loans profiting from poor customers, to how the Donald got his start, it’s certainly has a little bit of corruption for everyone.

Nathan for You (Hulu)
Nathan is a Canadian heartthrob with a seemingly endless wealth of business knowledge. He goes around and ‘improves’ struggling businesses… which may sound boring, until you look into his, erm, creativity he uses to bring new customers in.

He once helped a struggling frozen yogurt shop attract new attention by introducing a poop flavored yogurt. Additionally, he helped solve the issue of the 220 pound weight limit for horses by tying balloons to the obese person so they could ride horseback in style.

Want more content from The Water Coolest? Sign up now to get the latest news and commentary delivered to your inbox every weekday at 6 AM EST.