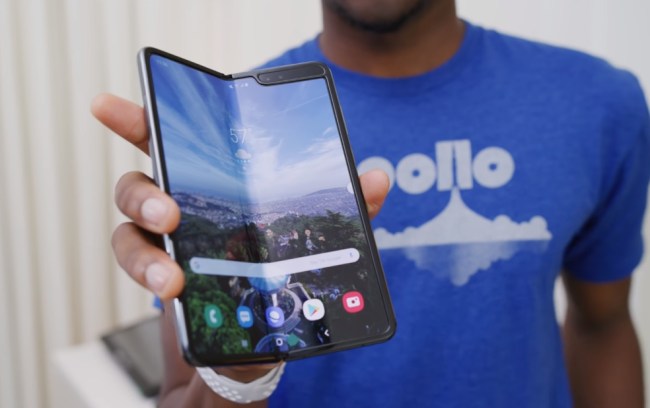 Samsung’s “revolutionary” foldable phone, which was slated to hit shelves in the US on Friday, will be released at least a month later than anticipated due to multiple technical issues. Looks like everyone has another few weeks to scrounge up $2k.

One of the issues stems from users peeling off the plastic screen protector, which inexplicably is supposed to actually stay on. Is nothing sacred anymore, Samsung? Removing said protector exposes delicate electronics that could be disrupted.

Beta testers and tech journalists are also discovering display issues that, according to Samsung, are caused by the exposed areas near the hinge. Debris inside the hinges has also managed to mess up display capabilities.

A new release date is slated to be announced in the next few weeks. In the meantime, Samsung’s PR team will stay busy convincing everyone that this phone won’t spontaneously combust … probably.

Uncle Sam is planning to ends sanction waivers granted to countries that have been importing Iranian oil. The sanctions, which are set to expire on May 2nd won’t be renewed according to POTUS’ people. The countries set to take the brunt of the limitations include China, India, Japan, South Korea, and Turkey.

According to Mike Pompeo, the US Secretary of State, the US is looking to “destabilize” the region with the move … which seems like a completely rational thing to do.

Of course, the effort to make Iranian oil more difficult to import than North Korean yellowcake uranium is meant to cut off Tehran’s economic lifeblood. If the President greenlights the sanctions, Iran will likely produce less the 1M barrels per day, down from 1.9M in March.

The move comes just weeks after the land of the free and the home of the brave labeled the Iranian Revolutionary Guard a “terrorist organization.” Fun fact: the US government categorized the Insane Clown Posse’s followers, more colloquially known as Juggalos, as a gang.

Well, there is no good news for Iran …

But Econ 101 taught us that when supply decreases, prices rise (don’t @ us, econ majors) … and that’s exactly what happened yesterday. On the news of Iran jumping to the top of the United States’ naughty list, crude hit $74 per barrel, adding to its sharp rise over the past year due in part to OPEC+ production cuts.

Speaking of OPEC, major oil producers stand to gain from picking up the slack. Saudi Arabia and the United Arab Emirates have selflessly volunteered to produce and sell more black gold to the countries facing import sanctions.