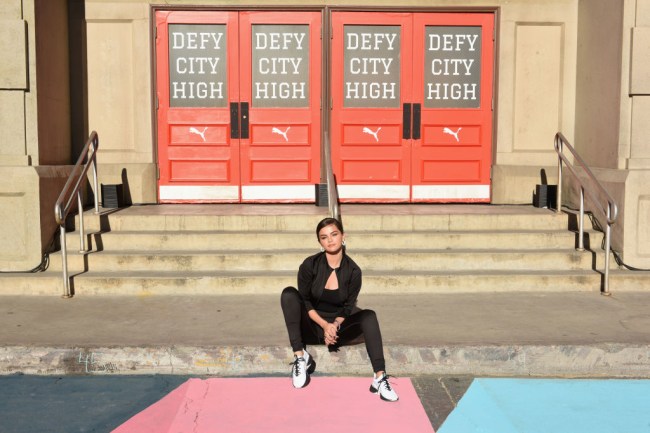 How much money do you think throwing on a branded shirt that you didn’t even pay for, snapping a photo of yourself in it, and tagging the brand on Instagram should earn you? Fifteen bucks? Hell, who am I kidding, most of us would do it to keep the free shirt.

For celebrities, posting a single branded photo can earn them more money than most Americans earn in five years. The Instagram Rich List has Kylie Jenner at its top spot, earning $1 million per post. Selena Gomez and Cristiano Ronaldo round out the top three, earning $800,000 and $750,000 respectively.

Gomez, who boasts the most followers of anyone on Instagram (currently 141 million), linked up with Puma in September to become an ambassador for the brand. Puma likely targeted Gomez after the extremely successful partnerships with Rihanna and The Weeknd.

According to Footwear News, a single post from the 26-year-old singer is eighteen times more valuable than a post from Puma’s account, which has a total of 8.2 million followers. The photo above has 7.2 million likes, which is larger than the population of 38 states in the U.S.

When Gomez takes her messages to social media, they resonate among her record nearly 140 million Instagram followers — the most anyone has on the platform. Puma, with 8.2 million followers, has leveraged this social media clout to its advantage with greater impact than it could ever wield on its own.

Compared to Puma, Gomez’s Instagram posts have three times more engagement, according to Launchmetrics, a software and data insights company with a focus in fashion, cosmetics and luxury. “In dollars, that means some of Selena’s posts equated to nearly $3.5 million in Media Impact Value per post, whereas Puma’s best-performing one only reached $195K,” explained Alison Bringé, the company’s chief marketing officer.

Now if you’ll excuse me I need to go stick my head in a wood chipper.