Don’t have 3 minutes and 47 seconds to read The Water Coolest? Listen on all of your favorite podcast outlets in 2 minutes or less.

X GON’ GIVE IT TO YA 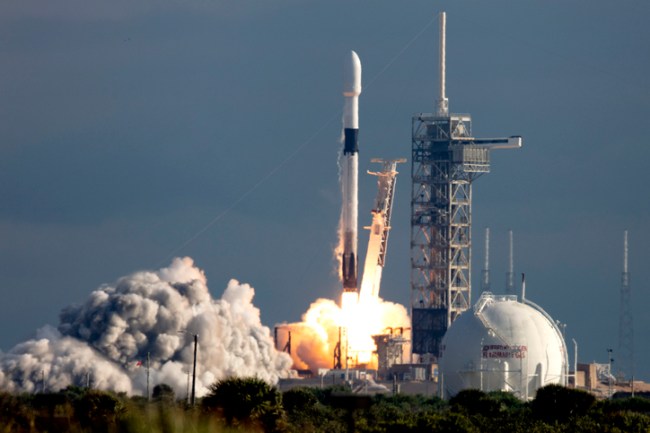 Well, technically, Baillie Gifford & Co as well as a group of current shareholders plan to give $500M to SpaceX at a $3.5B valuation. But I digress. Elon Musk, who is starting to look more and more like that guy you bought weed from in high school, plans to use the cash to ramp up the company’s internet service biz.

SpaceX’s current cash cow remains government and private satellite launches. The company is a pioneer in the field, with 20 successful launches in 2018 alone. A 21st was scrapped early yesterday due to an “out of family reading on first stage sensors.” Whatever the f*ck that actually means.

But the recent batch of VC money will help get SpaceX’s Starlink (which sounds a lot like Skynet) off the ground. Starlink will launch 11k satellites into low orbit that will help ensure internet connectivity to the world over. So definitely Skynet.

Water Cooler Talking Point: “Because there are kids in Africa who deserve to feel the heartbreak of getting the final questions of HQ Trivia wrong.”

The match made in stoner heaven got its start in 2017 when Tilray signed a similar deal with a Novartis subsidiary, Sandoz, to distribute and sell cannabis products in Canada. This new deal, which covers non-smokable and non-combustible reefer products will expand that distribution to roughly 35 countries around the world whose leaders say things like “legalize it” and “‘Freddy Got Fingered’ is such an underrated movie.”

The two companies will work together to commercialize Tilray’s non-smokable medical marijuana offerings, co-brand certain products, and educate pharmacists and physicians about weed, presumably by baking out a 1998 Honda Civic in a CVS parking lot.

Water Cooler Talking Point: “I have a feeling Tilray’s pitch went a little something like this …”

If you live in Scottsdale, AZ and and have yet to be undone by an autonomous vehicle (we didn’t forget, Uber), you are in luck. Kroger has launched fully autonomous grocery delivery vehicles. The grocer will partner with Nuro to unleash two driverless R1’s, an ungodly hybrid that looks like the love child of a Smart Car and Wall-E.

Back in June Kroger hooked up with the robotics company who has been making a name for itself in the autonomous vehicle space. The forward thinking grocer and tech luminary have racked up 1k autonomous deliveries with a fleet of autonomous vehicles overseen by real humans, and exactly zero vehicular manslaughter charges.

With delivery on lock, the self-proclaimed “world’s largest supermarket retailer,” is turning its sights to a partnership with consumer analytics company, Inmar. The plan is to leverage Kroger’s digital coupon program (run by YouTech) and let Inmar run it more efficiently.