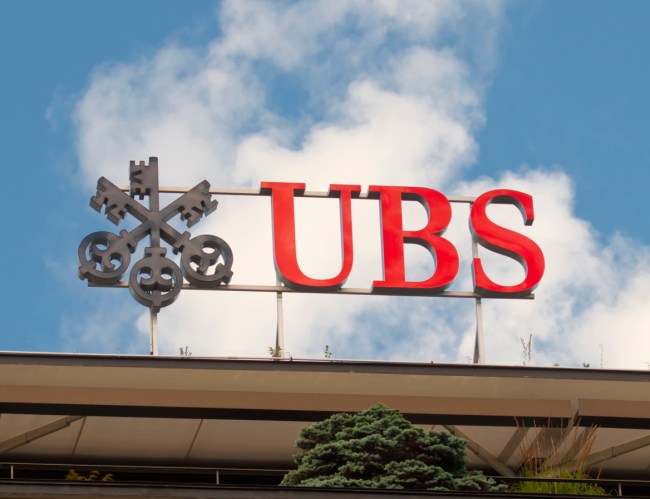 *Cue the Swiss bank scene from ‘Wolf of Wall Street’*

According to French authorities, UBS went all “Panama Papers” (read: facilitated client tax evasion) on the ancestral home of the baguette. UBS had allegedly been helping wealthy French clients avoid taxes by laundering their loot into Swiss accounts.

Following a marathon of a trial, the French fiscal authorities went full Marie Antoinette on the Swiss bank, handing down a massive $4.2B fine and requesting an additional $900M in back taxes. Wealth management chief Raoul Weill was spared any punishment but Dieter Kiefer, the former head of wealth management in Western Europe was fined €300k and given a suspended prison sentence for his part.

UBS denies the illegal dealings … obviously. But it may not come as a surprise that UBS stooped to what French authorities called “James Bond” sh*t, considering that its stock price has fallen more than 20% in the past 3 years.

And this isn’t UBS’ first rodeo. The bank was hit with a $780M fine in 2009 after US authorities accused the company of helping rich Americans avoid paying taxes. You may remember that UBS went all Donnie Brasco, snitching on more than 4.5k US citizens it was complicit with.

The theme of January’s Federal Reserve meeting: patience. In its most recent minutes, the Fed suggested that it plans to pump the brakes on its balance sheet wind down. That is, it will maintain its portfolio of Treasury bonds and mortgage-backed securities it bought following the financial crisis … for the time being.

Powell & Co. also hinted they might not hike rates in 2019 as initially planned. You might remember that back in December markets didn’t take too kindly to the Fed announcing that it planned to continue rate hikes throughout 2019. But it looks like the Fed is walking back that statement … for the most part.

Overall, the Fed signaled that it is slowing its roll on making interest rate decisions for 2019 and will see how the balance sheet wind down and other economic conditions play out. Most indicators point towards a dovish Fed, but you can bet your ass that if “uncertainty” clears up we could see rate hikes later this year.

Markets shrugged off the reports, indicating that there wasn’t much in the minutes that they didn’t expect.

On Wednesday Elon Musk tweeted that Tesla would roll 500k new vehicles off of the production line in 2019. The problem? Tesla is only projected to produce 400k new vehicles. Musk later clarified that the annualized production rate would be 10k per week by the end of 2019, hence the 500k figure. I call bullsh*t.

According to a spokesperson, the mastermind behind Tesla did not violate his agreement with the SEC to “not be a f*cking idiot on Twitter.” Musk’s favorite Commission has yet to make a comment on the matter but it wouldn’t be entirely surprising if it chose to make a federal case out of the ordeal considering Musk’s very public potshots as of late.

How does this happen?

Well, this one may have slipped through the cracks while Tesla’s legal team was busy with another fire drill. Namely, the departure of the EV-maker’s general counsel. Dane Butswinkas, Tesla’s top attorney, announced that after just two months he’d be returning to the law firm Williams and Connolly, where he’d spent the past 30 years.

The move is another in a long string of losses for Tesla, which includes the departure of CFO Deepak Ahuja last month. At close, Tesla shares were down 1%.