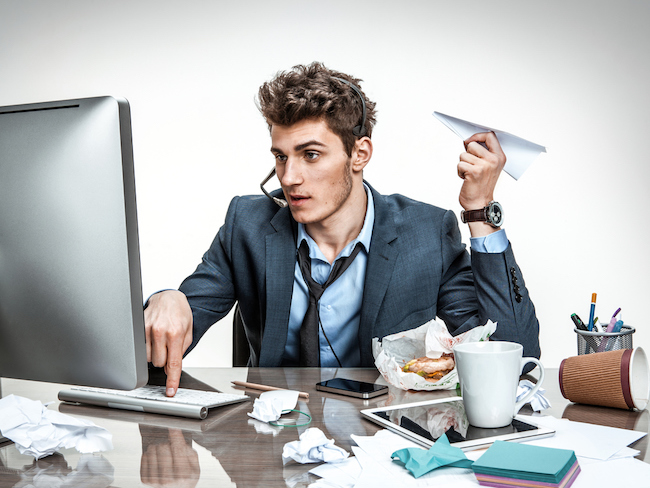 Everyone wants to believe they’re a genius. Geniuses are rare. This kid is a genius for all the right reasons, and this woman might be brilliant but utterly insane.

You, well, you’re probably not as high IQ as you hope, but a few simple indicators are pointing that show you’re smarter than you give yourself credit for, and these clues include the mess on your desk, how often you curse and how many drugs you took in your younger days.

This quick list of 8 unexpected signs you’re smarter than average covers those topics and explains that “when recent research has gone looking for correlations between high IQ or exceptional creativity and everyday characteristics, it has found surprising links that run in the face of our preconceptions.”

Among the unexpected signs include a chaotic workspace. Disorderly environments inspire breaking free of tradition which often leads to bringing a fresh and new perspective to problems while an orderly desk encourages people to play it safe. What your computer desktop says about you, well, that’s another story.

Drinking might be a reliable indicator that you’re using a nice hefty chunk of your brain (so long as you’re not drinking enough to kill the other piece.) If the booze chased down some psychoactive drugs, even better!

And finally, one factor of intelligence is completely out of your control. Blondes may or may not have more fun but they seem to be smarter than most people. “A study of nearly 10,000 Americans found that natural blonds actually have IQs slightly higher than their darker-haired compatriots.”

Check out the other unexpected signs and brag about your brilliance today at work.