I’LL HAVE WHAT HE’S HAVING 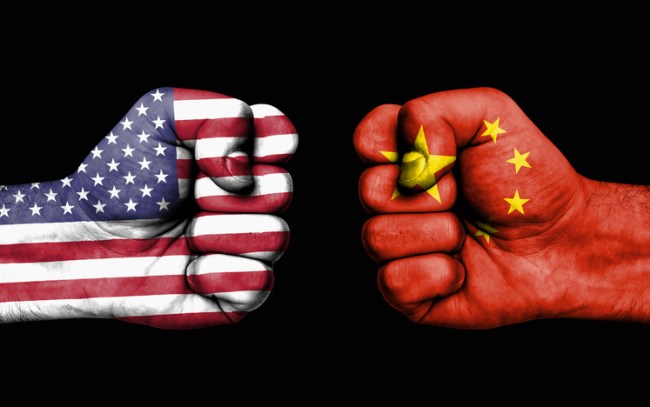 Oysters have met their match. Apparently a meal of grilled sirloin with red onions, goat ricotta, and dates is a natural aphrodisiac, because bromance was in the air during a dinner meeting between President Trump and China’s leader Xi Jinping.

At the highly anticipated meeting in Buenos Aires, the two world leaders agreed on a 90-day trade war truce that would allow for intense negotiations to take place. During that time the two sides will not increase tariffs or escalate trade barriers, meaning the US will not hike 10% tariffs on $200B worth of Chinese goods to 25% on January 1st and new tariffs on remaining Chinese goods are off the table (read: Apple products are safe … for now.)

US equity futures and Asian markets are already indicating that they like what they see, but traders will likely take the news with a grain of salt as the high stakes game of economic chicken is far from over … mostly because noted curmudgeon Peter Navarro is still on the case.

Water Cooler Talking Point: “Caramel rolled pancakes with crispy chocolate and fresh cream is the kinda stuff that could get the Israelis and Palestinians to kiss and make up.”

WE’VE GOT GOOD NEWS AND WE’VE GOT BAD NEWS …

The good news is that your room is ready, the bad news is that Starwood’s reservation system was hacked and 500M user’s information was stolen. When checking in, customers are asked for things like credit card information and passport numbers, so this, as they say in the industry, is really f*cking bad.

The hack only affected Mariott’s Starwood properties, which include St. Regis, Westin, and W Hotels. According to Marriott, they aren’t yet able to determine whether credit card information was decrypted … which really assures everyone that Marriott has everything under control.

To remedy the situation, Marriott has given guests free access to WebWatcher, an information monitoring service. This of course will make it easier to live stream your credit being destroyed and your privacy being violated.

Water Cooler Talking Point: “Does this mean I get free wi-fi, at least?”

A DEAL’S A DEAL

US, Canadian, and Mexican heads of state put pen to paper, officially lending their John Hancocks to a new trade agreement that will replace NAFTA. Attending the G-20 summit in Buenos Aires, this marks the first time the leaders have been together since finalizing negotiations.

Notable overhauls include opening up Canada’s dairy market, requiring companies to make 75% of their automobiles in one of the three countries, and compelling automakers to pay workers at least $16 per hour on 40% to 45% of vehicles built.

While the papers have been inked, this is far from a done deal. Each countries’ legislature must approve the deal in order for it to take effect. Unsurprisingly the US Congress may have some issues.

Water Cooler Talking Point: “Big 4 first-years make less than $16 per hour when you take into account the time spent in the office. I should’ve gone to ITT Tech …”