What Exactly Is The American Dream? It Depends On How Much Money You Have, And How Much You Want 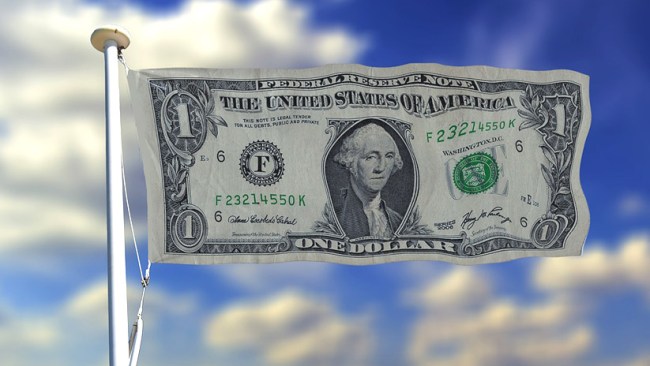 As a part of YouGov’s annual Affluent Perspective Global Study, non-affluent Americans were asked to define what they feel is the American Dream. And while freedom was named by almost everyone and was number one on the list, financial stability was a very close second.

In the first part of the study, YouGov discovered that a large percentage of non-affluent Americans still think the American Dream is alive and well. However, 46% of those non-affluent feel that “people like me don’t have a chance to make it into the upper class.”

Here’s how they defined the American Dream… 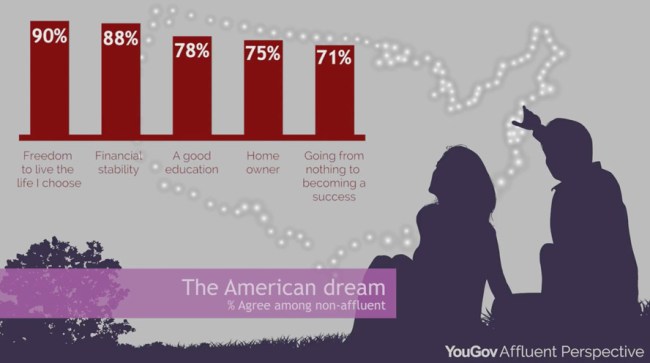 Don’t confuse financial stability with being rich though. Here’s what else they had to say… 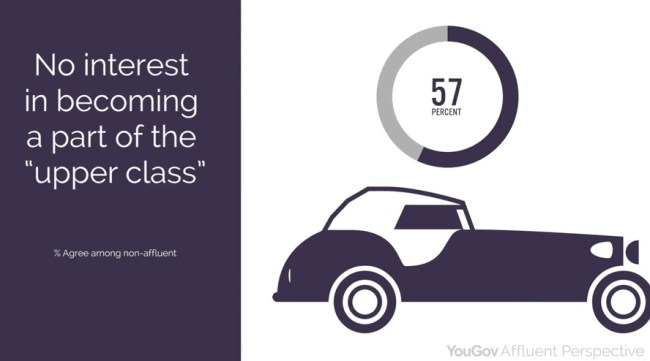 So, how do you define the American Dream?

The YouGov Affluent Perspective Global Study offers in-depth access and perspective on how more than 5,000 of the Top 10% of consumers around the world live, save, spend and manage their households. At the core of this study are the U.S. Affluent—a sample of more than 2,500 consumers earning $150,000 or more annually. Our examination includes the analysis of four tiers: the Base Affluent ($150,000 – $249,000 HHI); the Middle Affluent ($250,000 – $399,000 HHI), and the Upper Affluent ($400,000+ HHI). We also can further divide this top most tier to examine the Wealthy, those earning $1MM+ in household income annually.