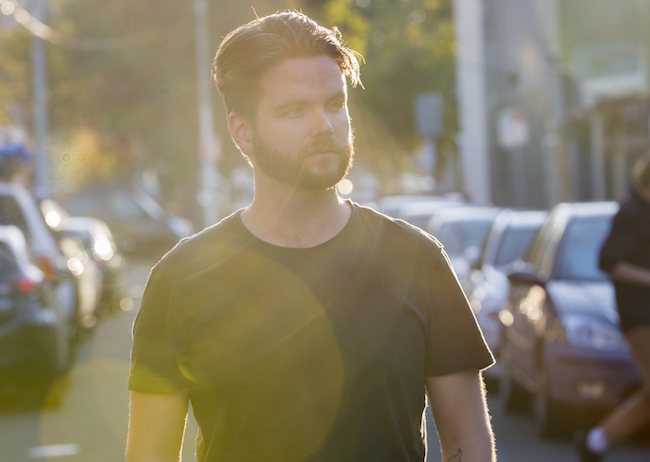 Danny Alexander, co-founder of Who Gives A Crap, is the focus of our latest installment of On The Grind.

On the surface, the business of Who Gives A Crap looks like a silly and fun endeavor but the idea was sparked after Alexander and his co-founder, Simon Griffiths, learned some incredibly troubling facts about how the world goes to the bathroom.

After the duo learned that 2.3 billion people across the world don’t have access to a toilet, and over around 289,000 children under five die every year from diarrheal diseases caused by poor water and sanitation, they decided it was time the world starting giving a crap.

The company launched in 2013 and 50% of the proceeds help build functional toilets and improve sanitation in developing countries.

Danny sat down to discuss the early business model, his days as a teen entrepreneur, his early trouble with the number zero and why he already feels he’s “made it” in life.

Tell us a little bit about your background.

I was an “entrepreneur” from an early age.

In 4th grade, a friend and I broke into the recycling center in my town, stole all the copies of Playboy from the magazine section, and sold them at school for $1 each.

I was too young to really understand why people wanted them, but I knew they would sell! I went on to sell fake watches, fireworks and bootleg CDs in high school—I always had a side hustle.

I went on to study Industrial Design with a focus on sustainability. Despite my earlier hustles, my parents had raised me to do good with my work, and in my career, I’ve always focused on doing just that.

I designed sustainable packaging for Method Home, and, after a few failed startups, worked at IDEO.org where I developed products and services to alleviate poverty.

It was there that I fell in love with toilets and their ability to transform lives, which helped pave the way for our work at Who Gives A Crap.

Tell us how you first got into TP and why you founded Who Gives A Crap.

I wish I could say it was my idea, but my co-founder Simon had the idea for Who Gives A Crap.

We met several years ago while he was still developing the idea and it combined everything I loved—design, business, environmental sustainability, and social responsibility. And toilets, of course!

We launched Who Gives A Crap together with a crowd-funding campaign. We didn’t have any marketing budget, but we convinced Simon to sit on a toilet on a live-stream until we raised our first $50,000.

About 51 hours later, we were in business!

What has been the biggest reason for your success?

We donate 50% of our profits to help build toilets, which is admittedly a bit crazy.

That’s a lot of money—over $1.3 million donated to date!—but it’s helped us maintain a solid relationship with our customers.

So while some may think it’s crazy, we think our donations have been one of the biggest reasons for our ongoing success!

What has been the biggest barrier to your success?

We have too many ideas and not enough time in the day to make them all happen!

What is the most actionable piece of advice you would give someone trying to get into this business or any entrepreneurial endeavor?

We’re big believers in the idea of testing ideas quickly and learning from what works and what doesn’t.

The faster you can put an idea into the hands of customers, the quicker you’ll learn if it’s a good idea or not!

What is the biggest mistake that you made that you would warn others about?

There was that one time when I accidentally put too many zeros in our Facebook Ads Manager—we spent 10 times what we were planning to spend in a single day, right before I went offline in the jungle for a few days.

When I came back, we had sold out of toilet paper—oops!—and created a bit of chaos internally.

So, always check your math.

What is the best tool you’ve found to help you in your day-to-day?

Don’t get me wrong—I’m as addicted to my computer as the next guy, but I’ve recently been carving out 2-3 hours every morning to work without email, slack, Skype, or any other distractions.

And nothing helps me think through ideas better than a good old-fashioned sketchbook.

How important have other people been to your success?

I don’t think I’d ever launch a business alone—having a co-founder with complementary skill-sets has been critical for me.

Simon and I have a mutual respect of each others roles and can speak the same language, but we have very different skills. It’s pretty ideal!

How much luck do you think you attributed to your success and just being in the right place at the right time?

I think hard work and the right team are a huge part of our success, but it’s impossible to ignore the element of luck as well.

At the end of the day, so much of running a business is outside of our control—any successful entrepreneur who doesn’t recognize the impact of luck on their success is kidding themselves.

What are you doing today to take Who Gives A Crap to the moon?

Sorry, I’m having a hard time answering this question with a straight face. Too many puns.

How far do you look down the road when thinking about Who Gives A Crap?

Because we’re motivated, first and foremost, by impact, we’ve mapped out our pathway to ensure that everyone on earth has access to a toilet.

It’ll take us a few decades, but we’re going to do it!

This multi-decade roadmap is extremely high level, but we generally focus on planning about a year in advance.

Do you think ANYONE can be successful at being an entrepreneur or does it take a specific “type?”

I think founders of businesses tend to share certain traits—perseverance, adaptability, comfort with uncertainty and ambiguity, etc.—but I’ve met entrepreneurs from all walks of life.

I think what matters most is having an idea you believe so passionately in you’re willing to risk a lot to make it happen!

“At the end of the day, so much of running a business is outside of our control—any successful entrepreneur who doesn’t recognize the impact of luck on their success is kidding themselves.”

How will you know when you’ve “made it?”

I get to tell toilet jokes, design beautiful things and know that my work is doing good. I can’t really imagine it getting better than this.

I’m just hoping to do more and more of what I’m already doing!