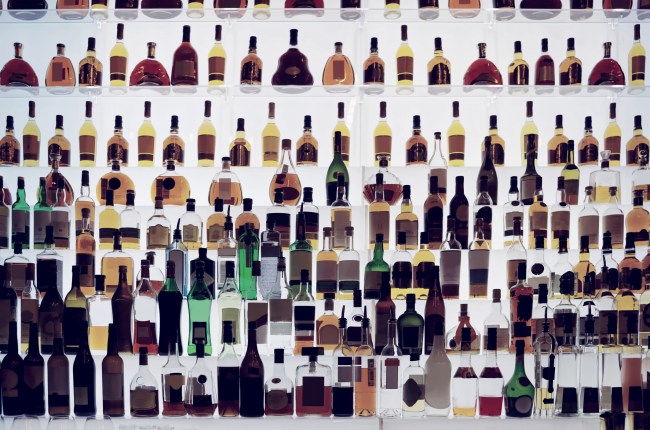 Earlier this year, the Ocean X team made headlines for their “shipwreck wine” after finding bottles of wine dating over 300 years old, dating back to somewhere between 1670 and 1690. These were found inside a shipwreck in the North Sea where the water is dark and ice cold which is pretty much perfect long-term storage conditions for wine.

Ocean X has followed up that historical find by pulling up NINE HUNDRED bottles of 100-year-old Cognac from a World War I shipwreck in the Baltic Sea. The Baltic Sea sits between a few northern European countries including Sweden, Finland, Poland, Estonia, Latvia, and Russia. The water is cold, dark, and deep…See where I’m going with this? Those are also perfect conditions for preserving alcohol.

According to Popular Mechanics, this particular expression of cognac that was found isn’t too far off from a ‘boozy Dr. Pepper cousin’. They come from a French brand named Benedictine which was founded way back in 1863. This spirt includes ’27 plants and spices’ and only three people on the planet know the complete recipe for making the spirit whose main ingredients include Angelica, Hyssop, and Lemon Balm.

These 900 intact cognac bottles were salvaged from a WWI steamship that was bombed by the Germans:

Some bottles are from an exigent brand called Benedictine, kind of a boozy Dr. Pepper cousin with “27 herbs and spices.” The company was just 50 years old when Germans bombed the doomed steamship Kyros in 1917, sinking 300 bottles of Benedictine and 600 bottles of a long-gone cognac brand called De Haartman. The description makes Benedictine sound like a bitters, but like cognac, it’s a full-throttle 80 proof, which could make both items more likely to have lasted in drinkable form for 100 years. (via)

According to Popular Mechanics, the Ocean X team that found this haul of Cognac and the previous 300+ year old wine in the North Sea are employing cutting edge technology to scout forgotten or undiscovered shipwrecks in regions where the conditions are perfect.

The report says Ocean X is eyeballing Panama for its next territory due to the San Blas archipelago, a protected island chain inhabited by Panama’s indigenous tribes that could offer some pristine wreck diving.

As for what will happen to the 900 bottles of preserved cognac, they’re likely to head to auction:

What will happen to the hundreds of bottles pulled up from the Kyros? Like the 12 surviving bottles of wine from the North Sea, they’ll likely be auctioned. One bottle of 300-year-old Madeira wine sold for $39,000 in 2017. Christie’s estimates auction prices between $500 and $1,000 for some wines that are around 100 years old, and those weren’t found in a shipwreck 250 feet underwater.
Ocean X has made huge news with its two recent shipwreck finds, but the world is apparently chock full of antique liquors trapped on the seafloor. In 2014, divers found a bottle of a gin-like spirit in a 200-year-old shipwreck in the Baltic Sea. Salvagers found a “vast” amount of rum as part of a treasure-laden shipwreck in 2015. (via)

Given that this company has a pretty solid track record by now of finding preserved spirits that aren’t complete trash when opened, I think it’s safe to assume that this haul of 900 bottles will fetch a pretty penny at auction.

The 17th-century wine found in the North Sea was auctioned off by Christie’s Auction House so you might want to keep an eye on their announcements if you’re looking to make a bid yourself. If you want to take a deep dive into the other interesting Ocean X finds you can click here to visit their website where they release updates anytime they dive a nes wreck.