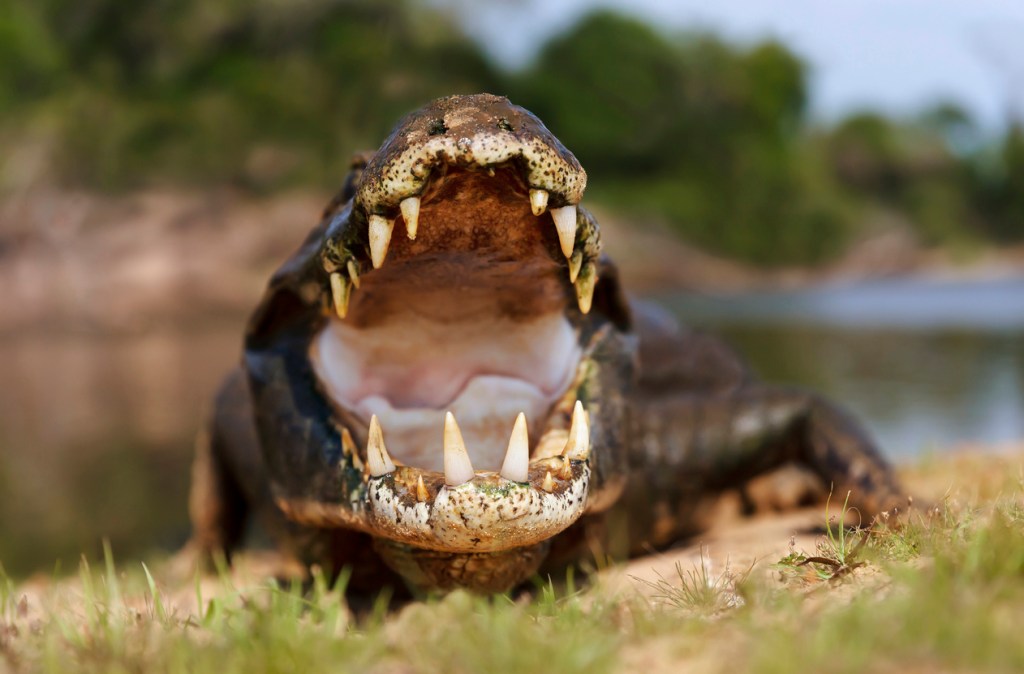 There are alligators everywhere in Florida. It’s just a fact of life in the Sunshine State. In fact, I can see an alligator at this very moment I’m typing out this sentence in the lake behind my office. I’d include a photograph in this article but I don’t want to blow up my neighbor’s spot with pics of their houses in the background.

My point is that anyone can find an alligator pretty much everywhere at any time within the state of Florida. And if you can’t find one you can rest assured there’s one within a mile or two. Sometimes, you can find a gator A LOT closer than you want. Case in point, this 12-foot alligator that walked onto a construction site and broke into a nearly-finished new construction home.

When Can Gators Legally Be Removed?

An alligator isn’t considered a ‘nuiscance’ just for existing. There are generally two piece of criteria that need to be met for a gator to be classified as a nusicance. (1) The alligator is 4-feet in length (or longer) and (2) it’s believed to pose a threat to property, people, or pets. This 12-footer at the Babcock Ranch near Ft. Myers 100% qualifies because it was dominating that construction zone.

Once it was decided the alligator was a nuisance and could be removed it then took a local wrangler, help from another guy, and they had to take doors off the house to get it out. And things didn’t go much easier once it got outside! Check it out:

12-Foot Alligator Breaks Into Florida House, Removing It Was A Nightmare

According to Fox35Orlando, that gator caused a cool $2,500 in damage to the construction of the new home before it was discovered by one of the workers.

Determining the age of an alligator is never an exact science but a 12-footer is generally believed to be around 40 years old. It’s nice to see the wrangler and construction workers treating that gator with some dignity after a long life. I’m sure it was just as pissed to be trapped inside that house as they were to find it there.

12-footers also weigh anywhere between 475 and 525 pounds, on average. Moving anything that heavy requires a lot of muscle unless the alligator goes willingly. And it’s not as if that gator left the house easily. It broke into the famous ‘death roll’ on its way out once the wrangler got a lasso around its head.

Alligators Are The Ultimate WILD CARDS In Nature

There’s really no telling of what might happen alligators are backed into a corner. They are wild animals and not accustomed to being cooped up in a house like that. Nor are they used to driving in cars like this one who escaped from a van and got loose in traffic recently.

And the bigger the gator the more surprising its actions can be. NOBODY expects to find a 12-foot alligator inside of a house. They’re expected to live in lakes and ponds, not new construction luxury homes. Nor does anyone expect to find a 3-footed gator absolutely dominating a golf course!