Caught On Camera: 12-Year-Old Takes Police On A Wild Chase Before Crashing Into Another Car 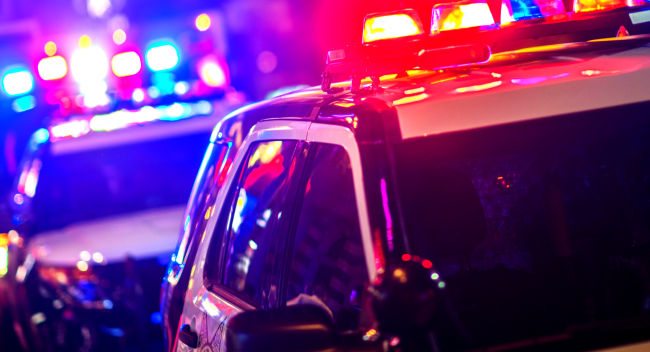 Any time a car chase with the police makes national news you know it was special. After all, they happen literally on a daily basis across this great nation of ours. It takes something truly out of the ordinary, like cutting off your own wang and throwing it out of the car window during the police chase, for that to happen.

One thing that is guaranteed to make national news when it comes to police chases is if the perpetrator turns out the be a kid. Again, this is something that happens way more often than you might think.

For example, take a 12-year-old boy who recently crashed a stolen SUV into another vehicle on a highway in Las Cruces, New Mexico.

Law enforcement was alerted to this 12-year-old joyrider when numerous calls about a reckless driver around noon on Sunday near the Johnson Mobile Home Park in the Las Alturas area. Deputies discovered the vehicle — a black Chevy Trailblazer — around 1:30 p.m. And the chase was on.

Doña Ana County Sheriff’s deputies said that at one point during the police chase there were five kids in the vehicle ranging in age from 12 to 17.

“The SUV was driven by a juvenile who was running people off the road driving recklessly,” said Doña Ana County Sheriff Sergent Dason Allen.

When they tried to pull the SUV over, the 12-year-old driver reportedly sped away reaching a speed of around 80 mph as deputies trailed the vehicle.

At one point during the chase, the SUV slowed and let three of the passengers out. At another point, someone in the SUV tossed a 9mm handgun out the window. 9mm casings and bullets were found on the 12-year-old boy who was driving the vehicle following the chase.

The chase eventually came to an end when the stolen SUV headed down a road in the wrong direction, colliding head-on with another vehicle.

None of the kids were injured, but the driver of the car they crashed into was taken to the hospital with non-life-threatening injuries.

“[The 12-year-old driver] did have an actual felony warrant and the charge on that felony warrant for conspiracy to commit a burglary of a vehicle, so the juvenile was booked on that warrant along with the charges of aggravated fleeing a law enforcement officer and was charged with receiving and transferring a stolen motor vehicle,” said Allen.

Of course, this being 2021, the chase, and the resulting carnage, was captured on police dash cam video.