9-Year-Old Takes Off In Car With 4-Year-Old Sister To Go ‘Swim With Dolphins,’ Crashes Into Semi 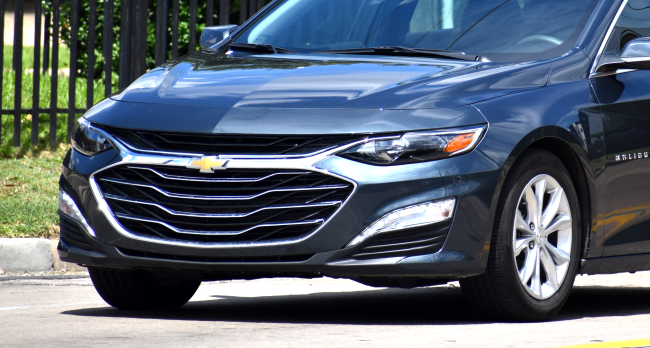 What is going on with all the kids taking their parents’ cars and going on joyrides these days? Now we’ve got two Utah sisters – one 9-years-old and the other 4, jumping in the family sedan and heading off to California so they can go “swim with dolphins.”

It was just a few months ago that a 12-year-old Queens boytook his family’s car and drove to New Jersey with his 7-year-old cousin in tow. His trip lasted for five hours and 100 miles.

A few months before that an 11-year-old boy crashed a stolen school bus, fliping the bird at the cops, during a 13-mile, 12-car police chase.

At least this time, with the girls from West Jordan, Utah, they only made it about 10 miles before ending their journey. Unfortunately, for their parents and a certain semi driver, it didn’t end well for their vehicles.

The kids were fine, according to police, as they were wearing their seatbelts. But the vehicles…? Not so much.

The girls told police that they took the family’s Chevy Malibu while their parents were still asleep.

“They talked about going to California to swim with dolphins and go to the beach and they woke up at 3 in the morning,” Detective Scott List told ABC 4 News. “The parents were horrified and very shocked to find their kids were gone.”

The girls reportedly headed out on the freeway and at some point along the way bumped into a pickup truck. The driver of the pickup, assuming that the person behind the wheel of the Malibu was under the influence, decided to follow it.

“He discovered the driver of the other vehicle was not impaired but was in fact a 9-year-old female driving with her 4-year-old sister,” West Valley Police Lt. Bill Merritt told KSL News.

Sometime thereafter, the Malibu crossed over a median and into oncoming traffic, crashing head-on into the semi.

The car’s air bag reportedly went off for the 9-year-old driver, but not for the 4-year-old.

“Both of them came out of this accident absolutely fine, which is very fortunate as you can imagine,” West Valley police spokeswoman Roxeanne Vainukutold KSL News.

The driver of the semi was also uninjured.

Danielle LeBlanc, a bus driver, was making her rounds when she came upon the crash.

“First thing I did was look for the parents,” LeBlanc told ABC 4 News. “Then I saw the car and the whole front end was gone and I was like ‘oh no’ and then I looked over again and I saw two little girls in the front seat.”

The girls’ parents have, understandably, declined any interviews with the media.