Massive 15-Foot, 1,300-Pound Crocodile Finally Captured After Being Hunted By Authorities For A Decade 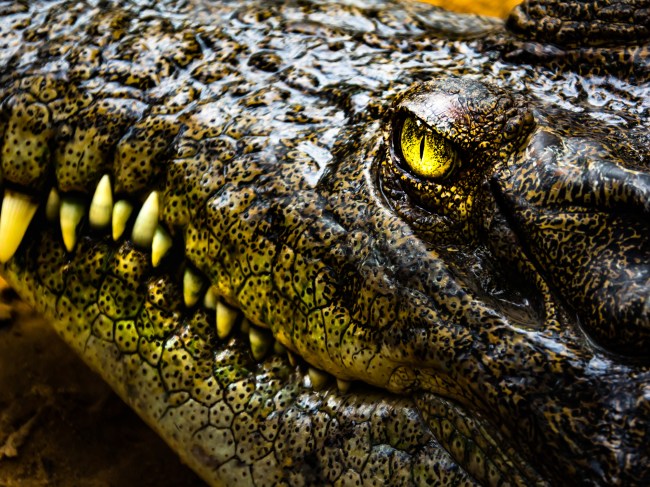 Crocodiles in Australia get MASSIVE. Case in point, this 15-foot 1,300-pound dinosaur that was just apprehended by authorities after tracking this behemoth for nearly a full decade. Before we get to the details of this story I’ll just tell you up front that the croc wasn’t killed, it was captured and relocated.

The absolutely gargantuan crocodile was captured just outside the town of Katherine, 19 miles downstream of Katherine Gorge, a popular tourist destination in Australia’s Northern Territories. The croc was relocated because it posed a major threat to all of the tourists swimming in that area, and after it was captured it was relocated to a farm outside the town of Katherine that is sure to become a tourist attraction now that they’ve got a 1,300-pound croc on the property.

It’s hard to really wrap your mind around how massive this prehistoric creature is without looking at the pictures and video:

According to FOX News, park rangers and authorities have been trying to trap this 15-foot crocodile for nearly a decade. Ranger John Burke said “We’ve called it a lot of things over the years because it’s been so hard to catch. On record, this is the biggest saltwater crocodile removed from the Katherine management zone.”

I’ve never been fortunate enough to visit Australia’s Northern Territories but I just spent a considerable amount of time scouring Instagram for pictures of this croc and I have to say that it looks like one of the most gorgeous places on planet earth. See for yourself, check out this @ausoutbacknt Instagram account.