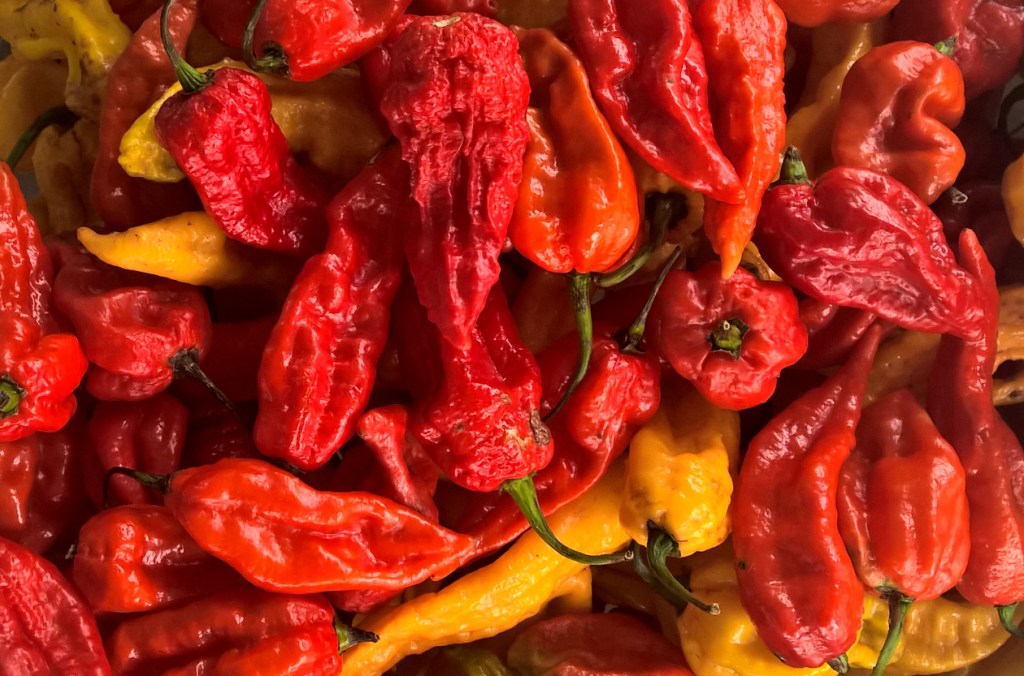 Most people have no interest in eating a single ghost pepper in one minute. A single ghost pepper can reach over 1,000,000 Scoville Heat Units, the scale used to measure the spice of peppers. And that’s around 415x hotter than a single jalapeño pepper which is too hot for many.

Gregory Foster just set a new speed-eating Guinness World Record and this time it was for Eating The Most Ghost Peppers In 1 Minute. He puts down a whopping 17 ghost peppers in 60 seconds and pushes his body further than any man has before. GWR certified his new world record and shared this video below along with a press release about his record-setting ghost pepper feat.

It’s amazing how sometimes these Guinness World Records take nearly a year to get certified. According to their press release, this Ghost Peppers World Record was completed on November 14, 2021. And technically he was eating ‘Bhut Jolokia chilli peppers’ which are commonly known as ghost peppers. But it has now been officially entered into the record books.

One might wonder why Gregory Foster would voluntarily attempt a ghost peppers world record such as this. He told GWR “as a chili lover, I’ve been trying to advance the awareness and the excitement surrounding the super-hot chillis out there”. Foster added that “this attempt was solely a personal endeavour to achieve another Guinness World Record alongside my currently standing [ones]. I love chilli eating and pushing myself.”

By far the most insane detail of Gregory Foster’s new world record for eating 3 Carolina Reaper peppers faster than anyone in history is that he actually ate SIX. According to GWR, his first attempt was disqualified because there was still ‘pepper matter’ in his mouth after chewing and swallowing all three.

He wasted no time before his second attempt but Gregory told GWR he was “already feeling the effects of the first round of peppers consumed” when he started eating peppers 4, 5, and 6. Here’s a video of the attempt from back in December that was filmed in San Diego, and some more on just how hot Carolina Reaper peppers are down below.

I’m sure if you clicked this article you’ve at least heard of Carolina Reaper peppers before. There’s a decent chance you’ve even one or attempted the ‘one chip challenge’ before as well. But it really is worth taking a look at just how hot these peppers are.