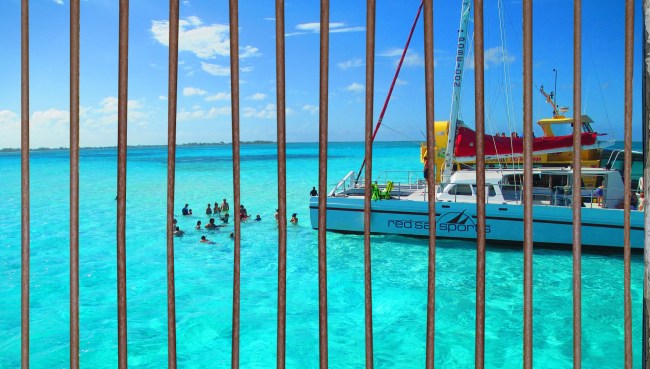 One month ago we reported about 18-year-old Skylar Mack, a student at Mercer University in Georgia, who was arrested and sentenced to four months in prison for breaking quarantine protocols to see her boyfriend, Vanjae Ramgeet, 24, while she was visiting the Cayman Islands.

Mack, who by Cayman Islands law was supposed to quarantine for 14 days upon arrival into the country, instead removed the electronic monitoring bracelet she was given after just two days and spent seven hours mingling with spectators at a jet ski competition her boyfriend was competing in down there.

Mack’s boyfriend was also arrested and sentenced to four months in prison. Later, both of their sentences were reduced to two months.

In sentencing Mack, which was originally just 40 hours of community service and a $2,600 fine until the prosecutor appealed, Justice Roger Chapple said “the gravity of the breach was such that the only appropriate sentence would have been one of immediate imprisonment.”

Mack, who pleaded guilty, has now been freed and is back at home after being released from prison on January 15.

“It was a selfish decision. There’s no reason that I can give you to grant me a second chance. I don’t expect anybody to ever forgive me, but I would like for them to at least let me be able to show them that I did learn from it,” Sylar Mack said in an interview with Good Monring America.

“I deserved it. I was like, ‘You know what I made this mistake and it sucks, you know, but you did it to yourself,'” Mack admitted.

She never did test positive for COVID-19, but knows that if she had and others had gotten sick it would have been very bad.

“I would’ve never been able to live with myself, knowing that I could’ve been the reason that someone could’ve… even just been sick, it eats me up,” she said.

After spending more than a month in a Cayman Islands prison for breaking quarantine rules, an American woman is back in the U.S. with her family and speaking out for the first time. https://t.co/sk4p2RJuz0

She didn’t garner much sympathy from the Twitter crowd.

Why is she getting any attention @GMA ?

She shouldn’t get any airtime, she broke the rules now deal with the punishment!!! Participation trophy generation!!!