Abigail Disney After Seeing Photos Of Massive Crowds At Disney World: ‘Are You F*cking Kidding Me?’ 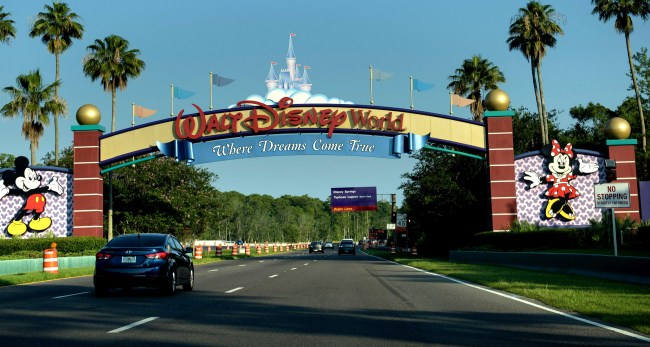 Apparently visiting the “The Most Magical Place On Earth” is more important to thousands of Americans than not spreading the coronavirus as the crowds at Walt Disney World on the final day before the theme park was shut down due to the COVID-19 pandemic were huge.

When Abigail Disney, the granddaughter of Walt Disney Company’s co-founder Roy Disney, saw the photos she tweeted a similar reaction to many others who saw the pictures, “Are you fucking kidding me??”

Are you fucking kidding me?? https://t.co/I568XuhCpF

This is not the first time the 60-year-old filmmaker and philanthropist has been critical of the organization bearing her name.

In April of 2019, Abigail wrote an op-ed for the Washington Post entitled “It’s time to call out my family’s company.” In it, she called out the Disney corporation for the compensation being paid to the company’s higher-ups after a series of tweets she wrote went viral.

Let me very clear. I like Bob Iger. I do NOT speak for my family but only for myself. Other than owning shares (not that many) I have no more say in what happens there than anyone else. But by any objective measure a pay ratio over a thousand is insane. https://t.co/O34OjXd6rr

She again slammed the company after meeting with Disneyland workers in June of 2019 saying she was “livid” at the working conditions.

“Every single one of these people I talked to were saying, ‘I don’t know how I can maintain this face of joy and warmth when I have to go home and forage for food in other people’s garbage,” she told Yahoo! News.

“I was so livid when I came out of there because, you know, my grandfather taught me to revere these people that take your tickets, that pour your soda.”

Now, apparently, those people can add working while thousands of people mill about, many of whom may have the coronavirus, to their list of poor working conditions.

All four Walt Disney World Resort theme parks will be closed from at least March 16th through March 31st.

The parks are closed today, but Disney Springs is still open. People are hanging out waiting for the stores to open for the day. pic.twitter.com/FJSXPszBat