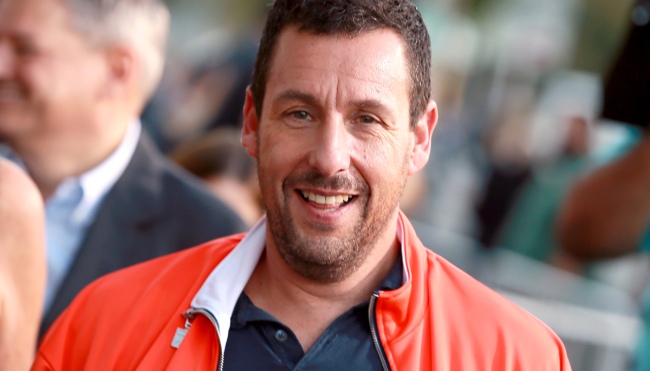 It’s not exactly a secret that Adam Sandler basically stopped caring about anyone’s opinion but his own following his meteoric rise in the 1990s, and even though it seems like he’s devoted the past couple of decades to tarnishing his legacy, I’d argue he’s earned the right to do whatever the hell he wants without having it held against him.

It’s safe to assume anyone who actively dislikes Sandler is simply jealous of the fact that he’s taken advantage of the movie studios that will send him and his buddies on vacation to exotic locations if they agree to exert a minimal amount of effort to film something while they’re there. At the end of the day, he’s just a guy living the life he wants to live and having an absolute blast while doing it, which is really what the American Dream looks like.

The everyman popped up in the news last month courtesy of a viral TikTok of the comedian failing to land a table at an IHOP in Long Island. After it started to make the rounds, he eventually responded to the clip in the most Adam Sandler manner imaginable.

For the record, I only left the IHOP because the nice woman told me the all-you-can-eat deal didn’t apply to the milkshakes.

The Sand Man made his triumphant return to the restaurant last week after getting hooked up with all the milkshakes he could stomach, and it appears he’s taking to the basketball court in an attempt to minimize the collateral damage to his waistline based on some clips of him balling out during a pickup game in Roslyn Heights over the weekend.

However, the real star of the video isn’t the comedian, but rather the outfit he rolled up in.

Based on everything we know about Sandler, his decision to channel a sixth-grader who wears a polo shirt to gym class so the other kids don’t see him take his shirt off in the locker room is incredibly on-brand—but not as on-brand as his choice to don a pair of basketball shorts that almost reach his ankles that he’s probably owned since the AND1 Mixtape Tour took the world by storm.