Adam Savage Of ‘Mythbusters’ Made A Real-Life ‘Iron Man’ Suit And Holy Sh*t It Has A Jet Pack To Fly!! 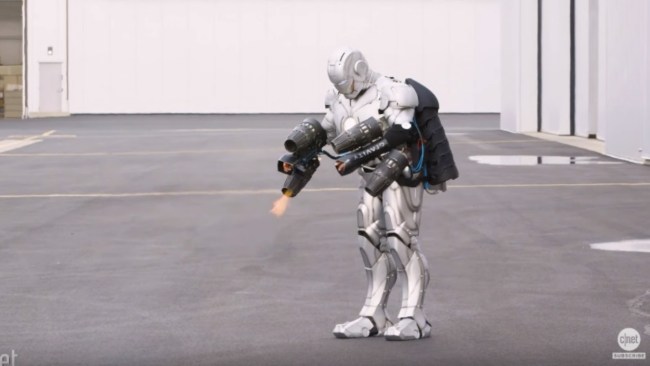 I miss having new episodes of Mythbusters on TV each week. The days of Jamie Hyneman, Adam Savage, Kari Byron, Tory Belleci, and Grant Imahara honestly seem like a lifetime ago even though the final episode aired back in 2018.

While Mythbusters might be over, Adam Savage hasn’t skipped a beat with his DIY projects. He’s put a lot of them up on his YouTube channel and Savage has also made his foray back into television with Savage Builds, an 8-episode series on the Discovery Channel.

In the first episode of Savage Builds, Adam and his team built a perfect replica of the Iron Man Mark II suit by 3-D printing it from titanium. To say that this is some hobbyist’s craft would be the biggest understatement of the century. One of the most highly-skilled DIY builders of the past few decades put his mind to building an Iron Man Mark II suit and holy shit did he nail it.

Does it hover and fly because it has an attached jet pack? YOu’re damn right it does.

I’ve always admitted that I have one of the greatest jobs in America. I essentially get paid to learn every day because of the research that goes into the long-form articles here at BroBible, and I get paid to keep my pulse on the news to always know what’s trending.

This, my dudes, deserves to trend. Adam Savage building the most badass titanium Iron Man Mark II replica ever conceived of deserves ALL OF THE AWARDS. Robert Downey Jr. needs to hit up Savage and have one of these made for all of his Avengers bros. This would be the perfect ‘thank you’ gift to his cast members and I know he’s worth like half a billion these days so I assume he can afford it.