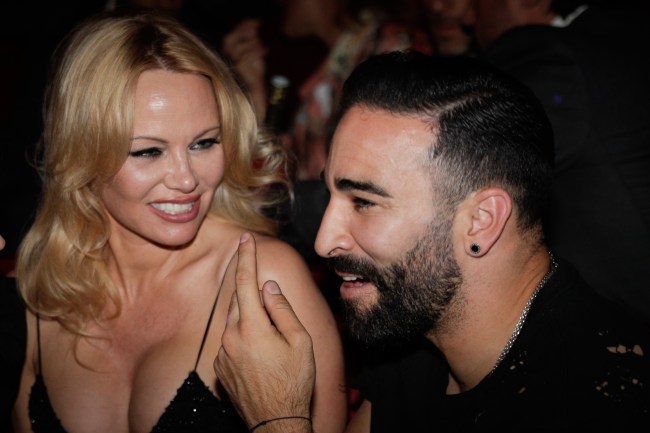 In August of 2019, French soccer player Adil Rami was fired from Marseille for “gross misconduct” after being under investigation by the club for missing a training session at the end of the 2018–19 season. At the time, the 34-year-old World Cup champion claimed to be suffering from an injury, but it was later found that Rami was participated in the recording of a French TV show that included demanding physical stunts.

The physical rigors of professional soccer, coupled with stunt work, and keeping Pamela Anderson satisfied in the bedroom evidently burned Rami out, as it would any man, and could very well be why he is without a gig at the moment.

The former AC Milan defender dated the former Baywatch legend for two years before Anderson accused Rami of cheating on her, calling him a ‘monster’ who was leading a double life for two years between 2017-2018.

Aleksandr Kokorin, Rami’s ex-teammate on Russian club PFC Sochi, recently revealed in a YouTube conversation with Ukrainian footballer Oleksandr Aliyev how Rami used to gloat about his sexual escapades with the Playboy vixen.

“Rami told us a lot of interesting things about Pamela Anderson.

“Of course, everybody was interested in what their relationship was like in bed. Rami said that Pamela was the best woman he’d had in his life. He said that he and Pamela used to have sex 12 times a night.”

One French source remarked: “Maybe this explains his drop in form for Marseille at the time.” [via The Sun]

TWELVE TIMES. I won’t pleasure myself on Wednesday if I know I’m slapping skins on Friday, and this dude is out here Prefontain-ing sex sessions like he’s going to the electric chair the following morning. The last four have to be painful, it’s just human physiology. Even Tommy Lee needed to put the pool cover under his diving board after a half-dozen. There is only so much a man can take, regardless of external stimulation.

As a surprise to literally no one, Pam’s appeal has intoxicated many men. At the beginning of 2020, film producer Jon Peters left his fiancee to marry Pam, a union that lasted a whole 12 days. Before the split, Peters, who beat out Batman to score Kim Basinger and was at one time linked to Norwegian-Swedish supermodel Vendela Kirsebom, had this to say about the 52-year-old Anderson.

“There are beautiful girls everywhere. I could have my pick, but — for 35 years — I’ve only wanted Pamela. She makes me wild — in a good way. She inspires me. I protect her and treat her the way she deserves to be treated.”

The 75-year-old producer stuck to his word and before their two-week marriage went poof, he reportedly paid off $200,000 in “broke” Pamela Anderson’s debts before telling Page Six, “there’s no fool like an old fool.”