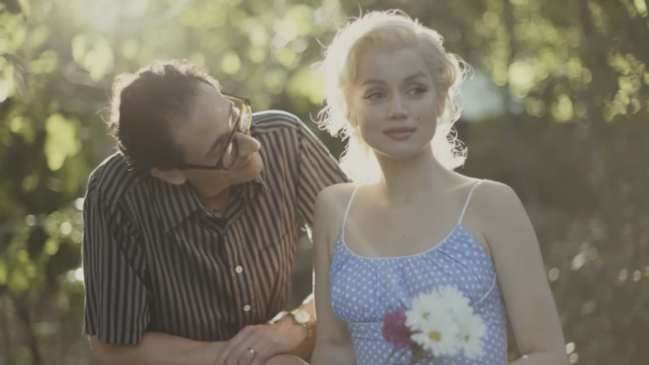 At the United States premiere of Andrew Dominik’s Marilyn Monroe biopic Blonde, Oscar winner Adrien Brody — who co-stars in the film as Monroe’s former lover Arthur Miller — detailed the first time he saw de Armas as the legendary model and actress and said he was “transported.”

“I was transported to another time and place,” Brody told Variety at the U.S. premiere of the film. “I really thought she channeled [Marilyn] — she brought a nuanced, emotionally present [and] connected impression of her. I’m still blown away by it. It was really impressive.”

As things currently stand, Blonde has a 66% critics score and a 33% audience score on Rotten Tomatoes. While the film has proven to be quite divisive, most critics seem to agree that de Armas’ performance as Monroe is the film’s highlight. To his credit, director Andrew Dominik likely won’t be surprised by the early reception to the film as he predicted earlier this year that the project would “offend everyone.”

In addition to de Armas as Monroe and the Oscar-winning Brody as famed playwright Arthur Miller, Blonde also stars Bobby Cannavale as Joe DiMaggio and Julianne Nicholson as Gladys Pearl Baker, Monroe’s mother. The film, which is infamously rated NC-17, will begin streaming on Netflix on Wednesday, September 28.