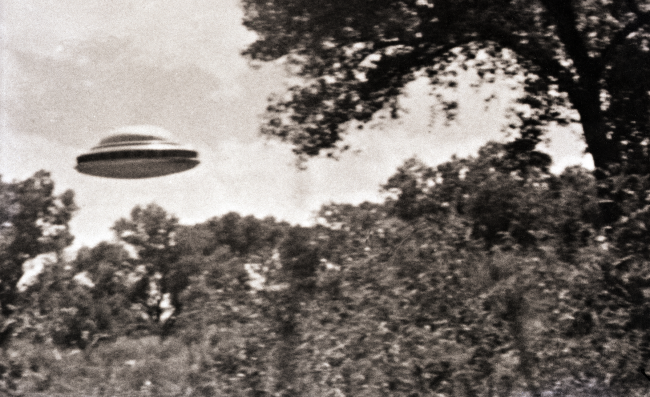 Before then, however, Captain Salas spoke to The Sun about some of what he witnessed at Malmstrom Air Force Base in Montana on March 24, 1967.

“I was in charge of ten nuclear missiles at the time when a UFO came over and hovered over our facility and while it was hovering there it was seen by all our guards,” explained Salas. “I was underground 60 feet, locked into a concrete capsule. It was reported to me directly by those guards.

“While the object was up there we lost all ten missiles due to guidance and control failure.”

He added, “This object, whatever it was, would have had to send a signal to each missile separately and disable the guidance system.”

Salas, says, as one would expect, that what happened should have been impossible since the 10 nuclear Minuteman missiles were all running on independent systems.

The base allegedly took a day to bring the weapons back online – and they could not find any physical damage or explanation for the sudden problem with the missiles.

And he believes extraterrestrial life was behind the event and numerous others in the following years.

He and his fellow Air Force officers will discuss this and other incidents at the National Press Club on October 19th and urge Congress to investigate and hold public hearings.

“I can only speculate as to why it happened. This was a demonstration by an object of extra extraterrestrial origins and I don’t say that lightly,” Salas told The Sun.

“I think it was simply a message to all of us on Planet Earth that we need to rid ourselves of nuclear weapons.”

Based on his experience, Salas believes national governments have been covering up encounters with aliens for many years.

“I walked into the squadron commander’s office and the first thing I asked him was whether or not it was some kind of Air Force exercise?” Salas explained. “He assured me it was not and he had no idea what or why it occurred.

“Then immediately thereafter my commander and I were ordered to sign these documents, stating we would never ever speak of what occurred. So there was an immediate and ongoing cover-up of these incidents.”

The reason for the cover-ups, Salas believes is because of the significantly advance alien technology that has been recovered.

“There is a worldwide, let’s say, cabal that is exchanging information in secret,” claims Salas. “The intelligence community may be involved in a world cover-up.

“There are very deeply held secrets. The Roswell case in 1947 which offers plain evidence of two crashes in New Mexico. In 1947, our government knew they were dealing with extraterrestrial entities.”

This isn’t the first time someone with government ties has made claims that UFOs interfered with American nuclear missile capabilities. Last year, former Senate Majority Leader Harry Reid revealed that UFOs have been repeatedly reported to have appeared in the vicinity of America’s nuclear weapon sites.

Lue Elizondo, the former head of the Pentagon’s Advanced Aerospace Threat Identification Program (AATIP), has also stated he has knowledge of numerous UFOs have appeared over the years above highly secure U.S. military installations and have even interfered with the country’s nuclear capabilities.

Related: Resurfaced Letter Written By Roswell Witness Details The Craft And ‘Humanoids’ At The Site

Salas hopes that after their presentation on Oct. 19th, “the Air Force will make a comment finally and start coming forward and answering questions about the incidents” they discuss.