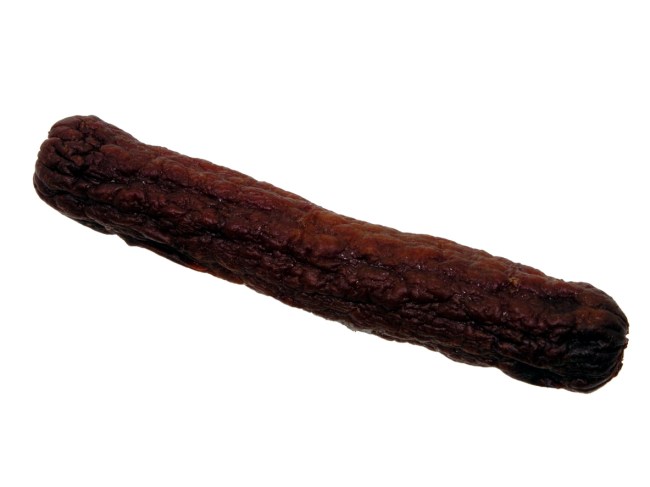 Anyone worth their weight in salt understands that air fryers present and future of cooking. This beloved kitchen utensil can magically bring mozzarella sticks, potato skins, and leftover pizza back to life. Air fryers can also cook hot dogs. But one agathokakological mad scientist decided to use the talismanic powers of the air fryer for his own entertainment. The out-of-the-blue result was an intoxicating story that is more enchanting than The Odyssey and Don Quixote combined.

A Twitter user who goes by the name “@KLobstar” captivated the hearts and minds of hundreds of thousands by spinning a modern-day epic about an unholy roasting of weiners in an air fryer for an ungodly amount of time. His tweet thread of air-frying a hot dog for two hours went insanely viral, racking up over 270,000 Likes.

According to the experts at AirFrying.net, you should preheat your air fryer to 390° Farhenheit and cook hot dogs for five minutes. One mad professor tested the limits of pork products by air frying a hot dog for a barbarous two hours. Some people just want to watch the pork burn.

gotta do it in intervals pic.twitter.com/3gjN1go1OD

The air fryer researcher noted early on that his “wife is not happy” about the frankfurter experiment.

The pork popsicle was holding up pretty well for the first 10 minutes, but after 30 minutes the hot dog looked like Ramsay Bolton had gotten a hold of it.

I assure you the smell is worse than it looks pic.twitter.com/Hd38VfSmZN

After 40 minutes of cooking, the hot dog smell was “overwhelming.” At the half-way mark, 60 minutes of air frying, the burn victim foot-long was sadly unidentifiable.

“As we pass 90 minutes I think about the mistakes I’ve made, specifically not doing this outside, where it almost surely would not smell as though someone had placed a pig into a heated car for 8-10 weeks,” the Twitter live-tweeted.

as we pass 90 minutes I think about the mistakes I’ve made, specifically not doing this outside, where it almost surely would not smell as though someone had placed a pig into a heated car for 8-10 weeks pic.twitter.com/USHOk9of4W

At the end of the 120 minutes of air frying, the hot dog looked grotesque.

The Twitter scientist astutely described the object formerly known as a hot dog, “It tastes terrible, it’s not even remotely a hotdog anymore, it’s just carbon in the shape of a dick.” Counterpoint: “You know how many foods are shaped like dicks? The best kind!”

Sadly for our Twitter academician, there was a “faint hotdog smell throughout the house.”