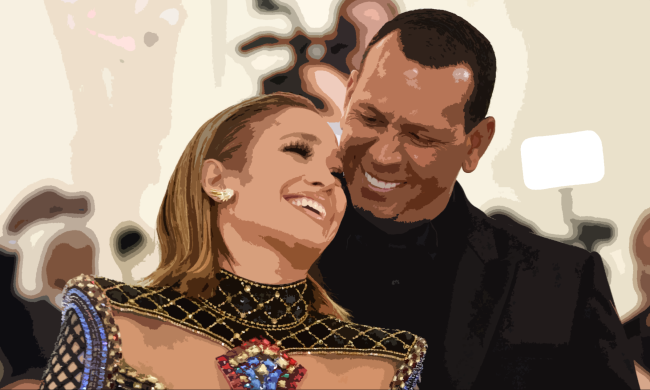 Alex Rodriguez, one of the least self-aware public figures on the planet, once again found himself in the crosshairs of people on the internet for posting something that had folks scratching their heads.

After renting a house in the Hamptons located just three minutes from his ex-fiancee Jennifer Lopez’s home, then jetting off to St. Tropez and renting a yacht at the exact same time JLo was doing the same thing with Ben Affleck, this week he posted a photo on Instagram of himself leaning against what seems to be the car he gave Lopez for her 50th birthday.

A-Rod captioned the picture, “I’m super down to earth.”

The car he appears to be leaning against looks like the same Porsche 911 GTS that he gifted Lopez in July of 2019, reports Page Six.

Why he would post a photo like that was immediately the subject of much speculation, especially given the fact that Jennifer Lopez deleted all photos of the former Major League Baseball star from her social media just last week including pics of the couple at President Biden’s inauguration.

Several followers of the new Minnesota Timberwolves owner immediately reacted to what appears to be a very subtle dig at his former fiancee.

“Looks like jlo left not only you but the red car too 😂,” another person joked.

“Jlo didn’t want you nor the car 🤣,” someone else wrote.

“Savage. Posing with the car he bought jlo for her bday lmfao 🤣,” laughed another.

“I thought you gave that red Porche [sic] to…nevermind,” wrote another.