Alex Rodriguez Is Reportedly Still ‘Obsessed’ With Jennifer Lopez: He ‘Followed Her’ To St. Tropez 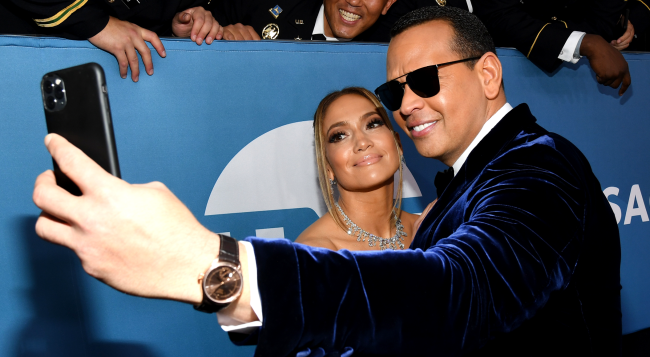 For a guy who is as image conscious as Alex Rodriguez is, losing Jennifer Lopez, one of the most beloved entertainers in the world, as his fiancee had to be a devastating blow to his ego.

His is the type of ego that needs so much stroking that even someone as famous as Lopez reportedly couldn’t deal with him “acting so needy.”

It’s been over three months since Lopez and Rodriguez announced that they had broken off their engagement, reportedly on her terms.

And yet, Rodriguez still continues to manage to find himself in situations that tie him to his ex.

From grabbing lunch with one of Lopez’s friends and partying with Ben Affleck’s ex-girlfriend to renting a mansion just three minutes from Jennifer’s house in the Hamptons and showing up on a yacht in St. Tropez at the same time as JLo and Ben Affleck, Rodriguez, at the very least, appears to be having a lot of trouble letting go.

Now RadarOnline reports that Alex Rodriguez’s actions are a result of his ego being hurt, seeing Lopez and Ben Affleck appearing constantly in the news looking like a very happy couple.

A recent photo on Jennifer Lopez’s Instagram account of the singer and Affleck kissing certainly didn’t help. (Swipe to the fourth photo below.)

Related: The Unkillable Ben Affleck Had A Better Weekend Than You

“Alex is the most competitive person you will ever meet. His ego was bruised when Jennifer dumped him, however, when she got back together with Ben Affleck, Alex’s ego was destroyed. There is no way we will see Alex dating again until he finds himself an A-list actress with an Oscar,” a source told RadarOnline.

“Alex thinks he has something to prove. He wants to show Jennifer that she isn’t the only one that can rebound with a movie star. It’s crazy how much he still thinks about her,” said another person close to the situation.

That much is made obvious by the fact that Rodriguez is celebrating his 46th birthday in St. Tropez doing the exact same thing Jennifer Lopez is doing for her 52nd birthday.

“Jen always planned to celebrate her birthday in the French Rivera. Originally she planned to be there with Alex, but after the split she took Ben instead,” said one of Lopez’s friends.

“It’s not like Alex couldn’t afford to pay the cancellation fee. He knew Jen would be there and followed her. He is obsessed.”