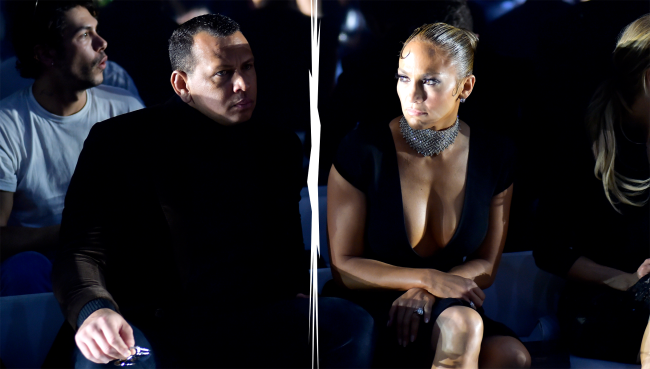 Subtlety has never really been one of Alex Rodriguez’s strong points. This is something that has been especially noticeable in the aftermath of his breakup with Jennifer Lopez.

Back in May, it was reported that A-Rod was very upset about Lopez’s rekindled romance with Ben Affleck.

“[Alex] was under the impression that he and Jennifer would go on as friends, but he is acting so needy that Jennifer cut him off,” a source told People.

Lopez reportedly “doesn’t trust him and didn’t want to waste any more time” dealing with Rodriguez.

Too bad. Because despite those feelings and the fact that she broke up with him, Alex Rodriguez has reportedly just rented a house located just three minutes from where Jennifer Lopez lives in the Hamptons, says Page Six.

A-Rod has rented a $5 million mansion in Bridgehampton this summer while he continues to look at property to buy in Manhattan and in the Hamptons.

Rodriguez’s summer place is just over a mile from Lopez’s $10 million spread in Water Mill, where the former couple spent last summer with their kids.

Yes, Rodriguez still has tons of photos of himself with Lopez and her kids on his Instagram. Lopez also has a handful of pics still up of Alex, but they aren’t personal, like A-Rod’s pics. They’re mostly ads or promos.

Rodriguez posted a video last week of himself shooting hoops at his new 9,200-square-foot, seven-bedroom, 11-bathroom rental in Bridgehampton.

Rodriguez is also still going out and about with pretty young women who his reps say are just part of his A-Rod Corp.

The former Yankees slugger was spotted on Friday night dining with staffers from his company A-Rod Corp at Sag Harbor restaurant Le Bilboquet.

A witness said, “Alex had a long dinner on Friday with two women and his nephew Nick Silva. A very attractive brunette at his table turned some heads at the packed restaurant, with some wondering if she was Alex’s new girlfriend.”

But other sources say the brunette is Liz Cohen, a business development manager at A-Rod Corp, and they are not romantically involved.

Yep. Nothing but some good, clean, not at all staged fun for the never-to-be Hall of Famer. His specialty.

What, exactly, is his goal with this move?