Why Is A-Rod On A Yacht In St. Tropez At The Same Time As Jennifer Lopez And Ben Affleck? 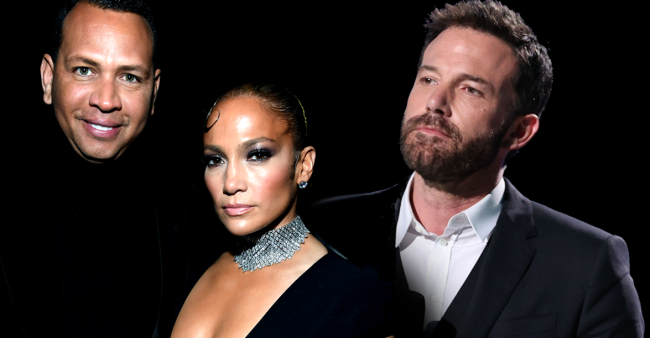 Alex Rodriguez, who we have seen numerous times in the recent past, has been very down bad over his breakup with Jennifer Lopez.

A-Rod has been none too subtle in expressing his heartbreak, posting photos of her on Instagram, putting out extra place settings at the dinner table, sliding into a married TV show host’s DMs – then blaming his teen daughters, going out of his way to be seen with other beautiful women – all of whom claim their relationship is purely platonic.

Rodriguez has also been spotted partying with Ben Affleck’s ex-girlfriend and has rented a mansion located just three minutes from Jennifer Lopez’s house in the Hamptons.

It’s little wonder that one of Lopez’s reps said she couldn’t deal with Rodriquez anymore because he was “acting so needy.”

Now, over three months since they broke up, Alex Rodriguez is hanging out on a yacht in St. Tropez.

Nothing weird about that. A-Rod is loaded and can certainly afford to vacation in such a fashion.

Until you realize that Jennifer Lopez and Ben Affleck (who is living his best life these days) are in the same waters on a different yacht right now as well.

Affleck and Lopez are on their yacht celebrating the pop star’s 52nd birthday. Rodriguez is supposedly in St. Tropez to celebrate his 46th birthday.

Yes, their birthdays are three days apart – July 24 for Lopez and July 27 for Rodriguez, but… really?

Supposedly, according to an insider who spoke to E! News, “Before they broke up, J.Lo and A-Rod had planned a trip together to the French Rivera for her birthday. Ultimately, he decided not to change his plans and still go—and she also decided to keep her trip but go with Ben, which is why they’re all there right now.”

“He’s with family and friends and people he works with,” a source told People. “He’s doing great and celebrating his birthday and Minnesota Timberwolves sale.”

But… they are on different boats. So one of them had to book a new boat with the knowledge that the other one would also be there.

Meanwhile, rumors that Alex Rodriguez and NFL on CBS broadcaster Melanie Collins are dating have been debunked, even though the two of them were seen having dinner together in St. Tropez.

“Alex has been hanging with friends and family on the trip, including Eric and Jessie James Decker. Melanie is good friends with them,” a source told Page Six. “They’re all friends and she’ll be at his party.”

We’re sure, based on A-Rod’s predilections, that she will.