Alex Trebek Is Officially Done With Chemo And Already Gearing Up For The Next Season Of ‘Jeopardy!’ 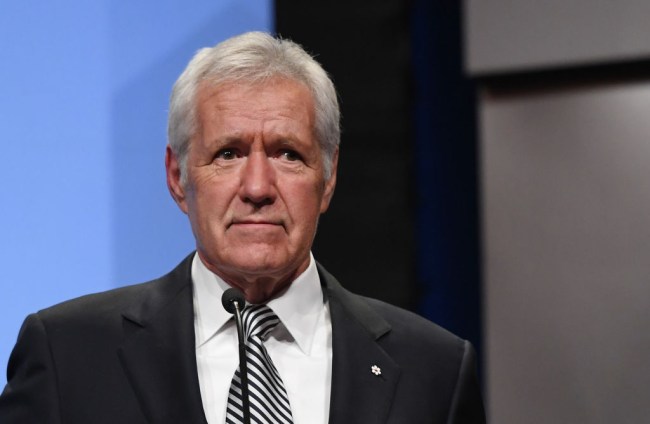 As someone who grew up watching Alex Trebek on a virtually nightly basis (and someone who still does that to this day), I was pretty devastated when he announced he was planning on retiring as the host of Jeopardy! when his contract expires in 2020.

However, it appears our worst fears were realized sooner than we thought when one of Canada’s most beloved exports announced he’d been diagnosed with pancreatic cancer earlier this year, but thankfully, Trebek made it very clear he wasn’t going to go down without a fight.

Since then, we’ve learned that the face of Jeopardy! had to deal with excruciating pain on the show’s set in addition to some serious depression, but a few months ago, Trebek revealed the treatment was working as intended and that the cancer was in remission.

Trebek refused to abandon his post and was front and center when James Holzhauer made his legendary run, and based on the Lil’ Jon impression he pulled out in June, his unique sense of humor remained unchanged in the face of adversity.

Now, I’m more than happy to share the most recent update in Trebek’s ongoing journey, as the Jeopardy! host recently told WCBY he’s finished his final round of chemotherapy and has already turned his attention to the upcoming season, which is set to debut on September 9th:

“It’s another day at the office, and an exciting day because so many great things have been happening. I’ve gone through a lot of chemotherapy. Thankfully, that is now over. I’m on the mend and that’s all I can hope for right now.

We have some exciting things coming up and I can’t wait to share them with all of you. Let me tell you, it’s going to be a good year.”

My drinking game of choice is taking a shot every time Trebek half-heartedly tells a contestant “Good for you!” after they relay a semi-amusing anecdote about their life or nail a Daily Double (it gets you where you need to go quicker than you’d think) so September can’t come soon enough.