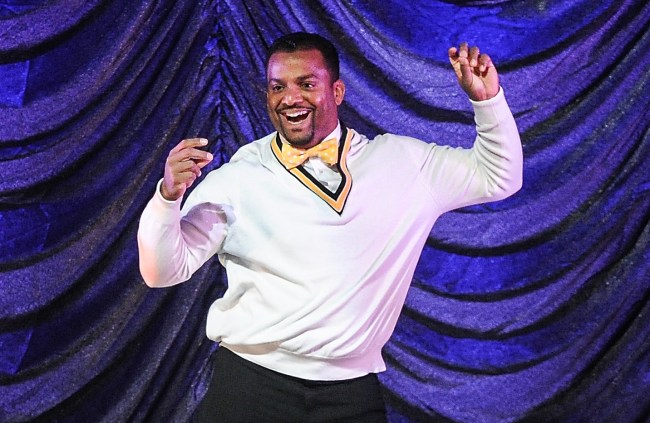 There are some people in this world who are defined by a single thing they’ve done regardless of what they’ve achieved in life. Sure, Adrian Grenier might have been great in The Devil Wears Prada but I’m willing to bet more people refer to him as Vincent Chase than they do by his given name.

He might have won Dancing With The Stars* and hosted America’s Funniest Home Videos**, but try as he may, there’s really only one thing people know Alfonso Ribeiro as: that guy from Fresh Prince who does the funny dance.

I doubt Ribeiro knew he created a monster that would stalk him for the rest of his life when he swung his arms to the smooth tunes of Tom Jones but “The Carlton” became a cultural phenomenon that can still be seen on Jumbotrons to this day.

Of course, the dance isn’t just popular with attention-craving sports fans—it also seemingly served as the inspiration for one of the ever-popular jigs you can buy in Fortnite, which has generated an ungodly amount of money since becoming a video game sensation.

However, Ribeiro hasn’t seen any of that revenue and decided to try to rectify that a couple of months ago when he sued Epic Games for using the dance without his permission.

The actor attempted to strengthen his case when he tried to copyright the dance, but according to Hollywood Reporter, Saskia Florence of the Performing Arts Division of the U.S. Copyright Office doesn’t see what all the fuss is about:

“The dancer sways their hips as they step from side to side, while swinging their arms in an exaggerated manner. In the second dance step, the dancer takes two steps to each side while opening and closing their legs and their arms in unison. In the final step, the dancer’s feet are still and they lower one hand from above their head to the middle of their chest while fluttering their fingers. The combination of these three dance steps is a simple routine that is not registrable as a choreographic work.”

Damn, Saskia. Why you gotta do him like that?