Amanda Bynes Accuses Fiancé Of Putting Salmon Under His Mom’s Bed, Police Called To Her House 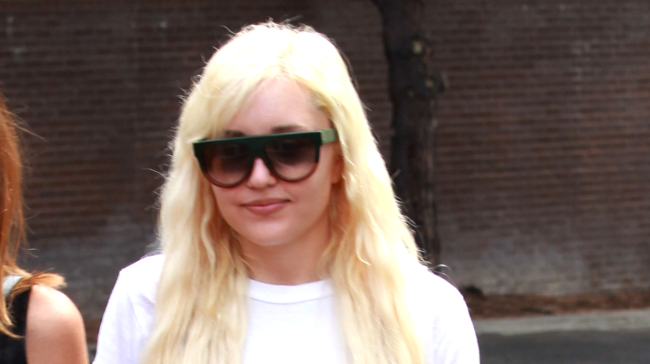 Just five weeks after having her nine-year-long conservatorship officially terminated, police were once again called to the home of Amanda Bynes for something bizarre.

According to TMZ, Bynes’ fiancé Paul Michael called the police after she kicked him out of the house at around 2:30 in the morning.

Michael reportedly told police that the 36-year-old former Nickelodeon star had been taking his Adderall and was the one who was out of control.

In a since-deleted multi-part Instagram Story early Thursday morning, Bynes made numerous accusations about Michael, some of them completely off the wall.

“Paul told me that he stopped taking his medications,” said Bynes. “I looked at his phone and he was looking at mom-and-son p-rn. He vandalized his mom’s home. He broke all of her pictures and put salmon under her bed.”

She added, “His behavior’s alarming, and I’m afraid of what he’ll do.”

Bynes also claimed that she had “found Paul’s stash of crack cocaine. He’s been using for the past six months. He needs serious help. I kicked him out of my house.”

Both TMZ and Page Six reached out to Amanda Bynes’ attorney for comment, but have yet to hear back.

Michael, however, did respond to the reports by going on Instagram to say he did not know “what the f— she’s talking about,” adding, “Y’all gotta stop talking your s–t. … You guys don’t f—ing know anything.”

Earlier this week, Bynes and Michael released their second rap single, “Fairfax,” and appeared to be getting along just fine.

Bynes and Michael have been together off and on since 2019 after meeting in Alcoholics Anonymous. Bynes announced their engagement on Valentine’s Day in 2020. They broke up three weeks later, then got back together one after the breakup. In March, Bynes announced that she was pregnant. Two months later her attorney said it was not true.

Following the ruling ending her long conservatorship, Bynes told People in a statement, “In the last several years, I have been working hard to improve my health so that I can live and work independently, and I will continue to prioritize my well-being in this next chapter.

“I am excited about my upcoming endeavors — including my fragrance line — and look forward to sharing more when I can.”

UPDATE: Bynes also issued another statement on Instagram in which she said, “Correction. Paul looked up MILFs, moms and sons just popped up. Also, I went to CVS, bought a drug test… Paul tested clean. Paul’s clean. Also, I had something in my teeth in the last video.”

No mention of the salmon.