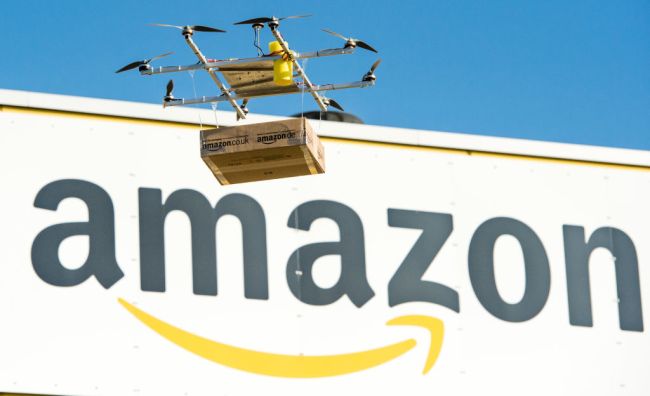 Earlier this week, Peloton stock took a tiny dip after a company called Echelon announced it had teamed up with Amazon to engineer the “Prime Bike,” a $500 version of the trendy piece of exercise equipment I spent years making fun of before buying one in an attempt to cancel out the unignorable ramifications of the drinking I’ve relied on to keep busy while self-isolating and subsequently getting very into Tabata.

A friend of mine speculated this was just another step on Amazon’s steady trek towards world domination and the dystopia that will likely ensue, suggesting the real reason it was selling it at such a comparatively low price point is that it’d figured out a way to secretly harness the energy generated by riders to power its servers à la the “Fifteen Million Merits” episode of Black Mirror.

It turns out that’s not the case (at least not yet), as it didn’t take long for the company to release a statement denying it had any involvement with the bike in question. However, it is responsible for another new product that provides us with a glimpse of a future I’m not really sure I want to live in thanks to Ring’s “Always Home Cam,” which gives you with a new way to keep your residence safe and secure with the help of an autonomous drone that buzzes around your home in search of threats (among other uses).

It’s been five years since Amazon revealed its concept for drones capable of delivering packages right to your door, and while those haven’t really taken off, you’ll be able to bring this particular flying security robot into your home at some point in 2021 in exchange for the $249.99 it’s retailing for.

Amazon has come under fire in the past thanks to Alexa devices that record more conversations than most people who own them probably realize but the company attempted to assuage any fears over violations of privacy by saying the camera only turns on when the drone is in flight, whether it’s automatically activated if it detects a potential intruder or you simply want to manually harness it to check if you locked your doors or left the oven on.

Thankfully, no one in history has ever used theoretically beneficial technology for nefarious causes so I’m sure we have nothing to worry about.