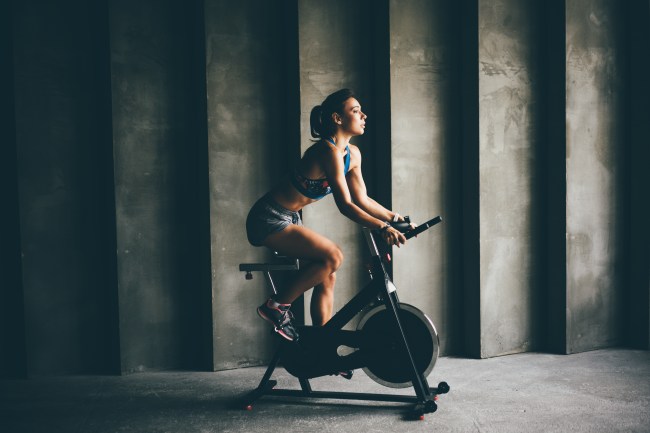 Amazon taps Echelon for the Prime Bike, a $500 Peloton knock-off https://t.co/p19M72Bh3c by @mjburnsy

Amazon's $500 'Prime Bike' is a connected spin bike made by Echelon https://t.co/uJNwIRhnJz pic.twitter.com/4iuChvy6Tl

If you went to bed thinking that Amazon had rolled out a $500 stationary bike to compete with Peloton, you’re in for a rude awakening this morning. Like so many mortgages that brought on the 2008 housing collapse, it turns out this bike is… subprime.

Business Insider– Amazon has stopped selling Echelon’s new $500 “Prime Bike” only hours after it went on sale exclusively to Amazon Prime subscribers, saying the bike is “not an Amazon product or related to Amazon Prime.”

The smart exercise bike was “developed in collaboration with Amazon,” Echelon said in a press release on Monday, adding that Amazon initiated the partnership.

Look how many gear publications took the bait. Those are some big names! Tech Crunch? The guys who ran that big fair in Silicon Valley? Blue checkmarks galore. Respected magazines-turned-websites fell hook, line, and sinker for this “Amazon Prime” bike.

Hey guys? Look at the picture. This condo sucks. You really think Amazon is going to roll out its Peloton competitor with a photoshoot conducted in your grandmother’s airport-view ranch house in Orlando? Look at the deck furniture. Those chairs have hosted chain smoking marathons for the elderly, and that’s IT. Nobody is hopping off this bike, toweling down, and heading outside for their green juice. This is not the living room of a young, energetic couple; this is a home where residents die on the couch; where the line between “sleeping for now” and “sleeping for good” is razor-thin.

Remember when this guy went viral for tweeting about the absurdity of Peloton’s commercials?

I had my carpenter build a $9,000 finished wood riser for my Peloton bike in my glass-enclosed zen garden/home gym pic.twitter.com/VJSOjctYtO

I put my Peloton bike in the center of the panoramic living room window in my New York penthouse pic.twitter.com/ol0B3Kavif

I took my Peloton bike to Europe and used it on the balcony of our $2,000/night Airbnb and honestly I felt like I was flying over London, you should try it pic.twitter.com/sVjdO78MRV

Sure, those tweets were hilarious. But they underscore the elegant staging of Peloton’s marketing campaign. Maybe this $500 knockoff bike was trying to market to the people who can’t afford the $1,900 Peloton bike or the $6,000,000 penthouse it deserves. Maybe Tech Crunch and Fortune thought the crappy rug and the tasteless drapes were in keeping with the sort of consumer who opts for off-brand exercise equipment. Maybe that’s why they missed it.

Or maybe it was the PRIME sticker that Echelon slapped on its bike. What a wonderful incarnation of that lovely aphorism, “Lipstick on a pig.”

Either way, Amazon does not appear to have a Peloton competitor on the market yet. False alarm, kids. Guess you’ll have to keep waiting. Or, you know, you could always sell that pinball machine in your garage and put the money towards a real Peloton. Might be worth investing in your health. We’ve only got one life to live.