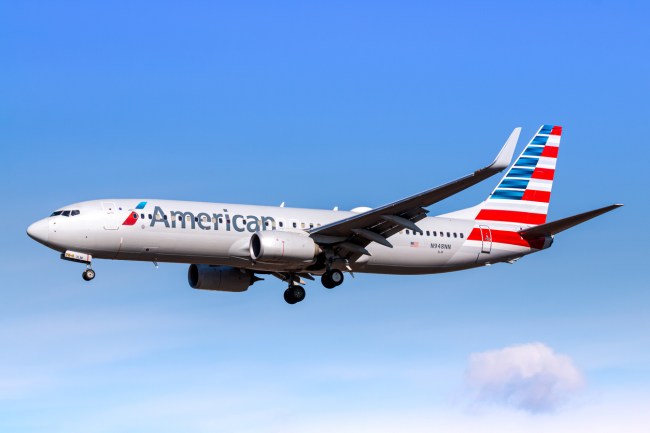 Multiple commercial airline pilots saw something extremely out of the ordinary on Sunday night – a “guy in a jetpack” flying around airplanes near Los Angeles International Airport. That’s definitely one way to responsibly practice social distancing while traveling.

The pilot of American Airlines flight 1997 said the man in a jetpack was “off the left side, maybe 300 yards or so, about our altitude.” You know there was at least one passenger who saw the jetpack and said to himself, “I gotta get one of those.”

A Skywest Airlines pilot also saw the rocketman, telling the air traffic control tower, “We just saw the guy passing by us in the jetpack.” Did somebody miss their flight?

The tower alerted a Jet Blue Airlines pilot that was arriving at LAX. “Jet Blue 23, use caution, a person in a jetpack reported 300 yards south of the LA final at about 3,000 feet, 10 mile final.” The pilot replied, “Jet Blue 23, we heard and we are definitely looking.”

Another pilot chimed in on the missile man soaring around the airport, “Only in LA.”

The Federal Aviation Authority (FAA) told Fox News that the agency “alerted local law enforcement to the reports, and is looking into these reports.”

Does anyone know where Tony Stark and Elon Musk were on Sunday night?

LAX was the fourth-busiest airport in the world, accommodating 87.5 million air travel passengers in 2018, according to CNN. Why anyone would fly in a jetpack at the same altitude as arriving and departing commercial airliners is beyond any level of common sense. Go pretend to be Boba Fett all you want in the desert, it’s probably not an intelligent decision to do fly less than a thousand feet from a 737 aircraft.

There is no video of the jetman soaring dangerously close to commercial airliners on their final approach to LAX. But in 2015, the Jetman Dubai team flew in formation with an Emirates A380 airplane over the Palm Jumeirah and Burj Khalifa.

It’s not unfathomable that a jetpack could reach the altitude of 3,000 feet. In February of this year, daredevil Vince Reffet set the world record for the highest altitude flown in a jetpack. The Jetman Dubai pilot traveled at an average speed of 150 MPH and reached an altitude of 5,905 feet in his winged carbon-fiber suit. In 30 seconds, Reffet reached a height of nearly 3,300 feet in 30 seconds.