Why Do Beers In America Come In Smaller Cans And Bottles Than In Europe? 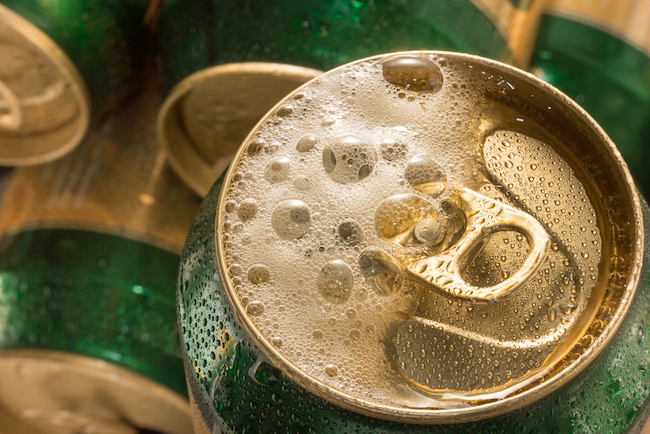 Beer comes in all shapes and sizes, but 12 oz cans and bottles are largely considered the standard. There are certainly exceptions— some people swear by 16 oz tall boys of PBR or Narragansett, and if you’ve ever been a college kid with a bunch of duct tape and too much time on your hands, you’re probably intimately familiar with the 40 oz serving size. However, the 12 ouncer reigns supereme— at least in the United States.

Europe is basically the Texas of beer in the sense that they do everything bigger. A European pint is four ounces larger than its American counterpart, and while the standard serving size varies from country to country, beer sold in stores also comes in larger vessels. Brews in the United Kingdom comes in 440 milliliter (14.8 oz) cans and bottles, while many German beers come in 16.9 oz containers.

When you consider America’s reputation for excess and gluttony, it seems surprising that we’d be at the back of the pack when it comes to the size of our beer. However, there is a reason for why beers in the US come in smaller sizes, as VinePair explained in an article chronicling the history of its packaging.

The origin of the 12 oz bottle stretches back to the 1800s, but the sizing was really solidified after the end of Prohibition. While beer had come in various sizes before the ban on alcohol was instituted, the industry decided to adopt 12 ounces as the standard size once it was overturned. According to The Guardian, beer was served in 12 oz steel cans originally designed to store peas— a number that Coors stuck with when the first aluminum can was introduced in 1959.

Europeans initially adopted a 330 milliliter serving size— the rough equivalent of 12 oz— but there was such a demand for larger sizes that the 440 milliliter eventually became the standard.

If you pay any attention to the craft beer scene, you’ve probably noticed smaller breweries are gravitating towards four packs of 16 oz cans as opposed to the classic six pack. However, it doesn’t seem like 12 oz cans will be going away any time soon.