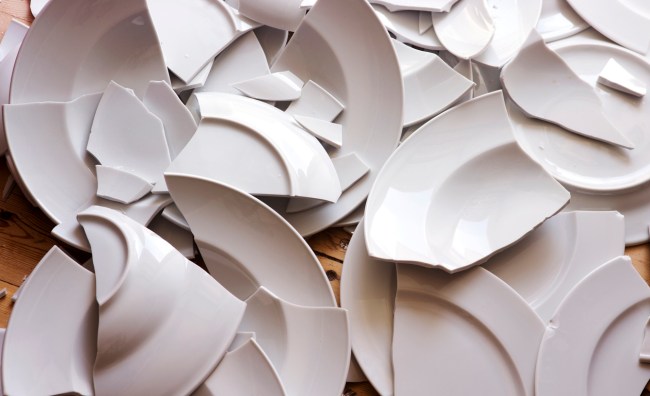 Ever since the Great Orange Goon better known as Donald Trump started running the show over at the White House, the nation has become just a little bit divided.

America is now split down the middle between those who embrace the progressive changes the country has made over the past couple of centuries and those who are seemingly hell-bent on taking us back to a time when boning horses was acceptable (except on Sundays).

Sadly, it seems the people who believe prejudice and misogyny are the keys to making America great again seem to be winning. To say this attitude has made the political climate in the United States a little tense right now would be an understatement.

We have become a country filled with pissed off citizens on both sides of the aisle, a pack of rabid animals with Social Security Numbers ready to bend our neighbors over the fence and grudge-hump them to death if they do not subscribe to similar beliefs.

And we’re getting madder by the minute.

It’s no secret street violence and other forms of incivility are on the rise. All you have to do is take a look at your social media feed on any given day and rest assured there will be some ass-gasket terrorizing a total stranger with unbridled hatred.

Although I will be the first to admit it feels good to unleash pent-up hostility, doing so against other people is never the way to go. This is called assault, boys, and in some cases, it can even be considered a hate crime.

Anyone who commits these acts of violence against others is well on their way to having their family members use their butts to smuggle drugs into a state penitentiary.

Fortunately, someone smarter than the average clinched-fisted street thug thought it would be beneficial to the whole of civil society to create a business that allows furious, hotheaded people to destructively let out their anger without breaking the law.

These places are called “rage rooms” and they have become a modern-day therapy session for those who need to get their head straight.

It is no longer necessary to pay some Ivy League analyst top dollar to listen to your whining and crying over a cheating girlfriend or how you’re working yourself to death.

For a nominal fee, these dungeons of destruction provide the wild-eyed rageaholic with the ability to come in and smash dishes and television sets, rip apart furniture, and sledgehammer the shit out of anything that gets in their way.

The Anger Room and The Wrecking Club were some of the first rage rooms to open in the United States.

Now, these devastation destinations are popping up all over the country according to a recent article from Vox. For $45 to $80, a person can get into these establishments and give inanimate objects an Office Space-level beatdown for 30 minutes.

However, for liability purposes, it is not just some free-for-all scene of unaccompanied mayhem. There are some rules: ragers must wear eye protection and rock closed toed shoes, gloves, long sleeves, long pants, and sport a helmet.

Depending on the situation, sometimes the location of these rage rooms— which the New York Times describes as “part CBGB’s basement circa 1977, part Stasi interrogation room”— are kept a secret to maintain the vibe of a speakeasy.

However, once a person books his or her session and coughs up the money to get them in the door, an email is sent with the necessary details and an address.

It’s not just electronics and furniture that are available to be smashed to pieces. Some rage room proprietors are privy to the fierceness and frustration building up in people as a result of the current president and his twisted policies.

Therefore, it is not uncommon for customers to be given the opportunity to crush the ever-living snot out of Trump mannequins and other statuesque political figures.

For the sake of argument, let’s just say the Twitterer in Chief has gotten you down. If so, the rage room is the way to go.

Merely threatening the president is a Class E felony punishable by up to five years in prison and fines reaching $250,000. These charges can be brought up on anyone who dares send an email to the White House with “I’m going to beat that ass” in the subject line.

Consequently, it’s simply more cost-effective and advantageous to just beat a literal and figurative dummy in order to maintain a clean criminal record.

“Most people are hesitant at first,” said Tom Daly, the owner of The Wrecking Club. “They’re a little timid. They say, ‘Can I break that?’ I’m like, ‘Yeah, you can break that.’ Usually, after the first hit, they go crazy.”

In some ways, rage rooms are better than therapy because it pulls your vanquished soul out of the darkness and puts it back in control.

“Imagine getting fired. It sucks. It’s defeating. Or you got dumped, or you didn’t get into the college you wanted, or imagine whatever it is that makes you feel weak. This is a place where you can get back your power,” Daly said.

So much hinges on whether or not the Democrats take back control of Congress when the midterms roll around (which is not guaranteed) and November 6 could be the beginning of some much darker days.

I think I’m going to go ahead and book a session for the day after just in case.

Green Breweries Might Not Save The World, But They’re Trying