A THIRD Of Americans Say They Wouldn’t Take A Free, FDA-Approved Coronavirus Vaccine 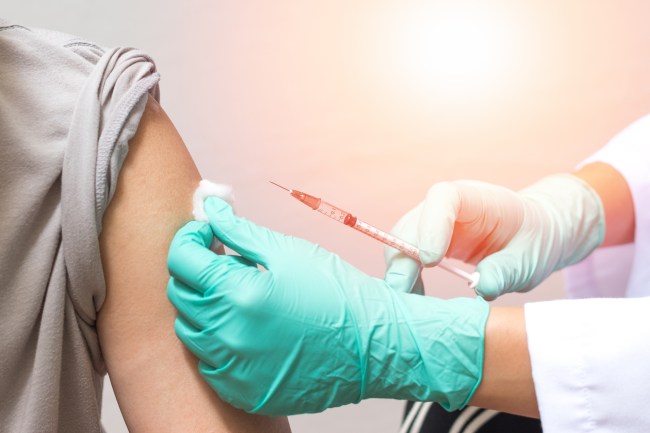 A new poll was released showing that 35% of Americans would NOT take a free, FDA-approved Coronavirus vaccine if it were made available today.

Gallup– But many Americans appear reluctant to be vaccinated, even if a vaccine were FDA-approved and available to them at no cost. Asked if they would get such a COVID-19 vaccine, 65% say they would, but 35% would not.

For the sake of preventing some dumb comment section war, I’ll leave the partisan breakdown out of this blog. But you can find it here, if you want to get angry.

I guess I’ve had my head in the sand but I really thought that the community of anti-vaxxers in America was a lot smaller than 35%. And it may be, for other diseases. Meaning it’s possible that not all 35% of people who responded in the negative to this poll would also, categorically, turn down vaccinations for chicken pox and polio and whatnot. Maybe some of them would need to see that this new, theoretical Coronavirus vaccine wasn’t turning their friends into mutated zombies before they hopped on board. But how long would they need to feel comfortable? How long would they need to observe their pal, who got the vaccine, not grow an arm out of his neck before they felt safe? A year? Ten years? That’s a long time to wear masks, keep your kids out of school, etc.

We’re all pretty tired of the way things are right now, duh. And it SEEMED like the hope of the nation rested on the speedy development of a vaccine. But as scientists get closer to a viable formula, we now have to grapple with the next challenge: getting people to take the damn thing. Because clearly, even if we somehow test it and produce enough for everybody and make it free, there will still be a LOT of people who turn it down.

And then what? You’ll have the safes and the not-safes. You’ll have 65% of the population returning to their daily lives, strutting around like Spartans, feeling invincible thanks to their vaccines. And then you’ll have another 35% who… can’t go to restaurants? Who won’t go to movies?

Not a chance. That 35% won’t play it safe. I’d imagine they’re the same people who flip out about having to wear masks. They’ll be out and about, coughing and sputtering and spewing with no regard for human life. And I guess they’ll just infect each other. Some will die, others won’t, and the majority of us who believe in science can just ignore them. Hopefully.