Andrew Garfield Puts Forth Yet Another Feeble Denial Of ‘No Way Home’ Rumors, Remains Incapable Of Sounding Remotely Believable 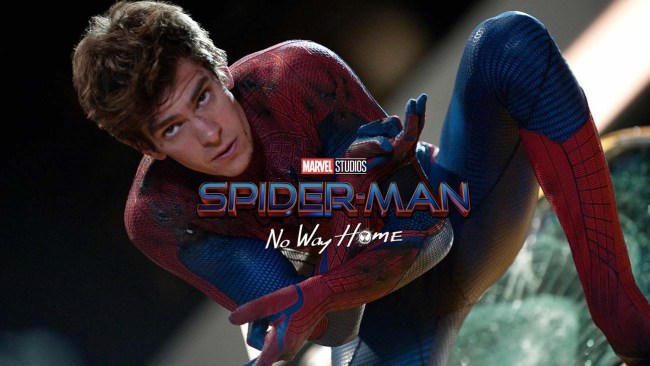 On one hand, part of me feels for actors that find themselves wrapped up in Marvel Cinematic Universe rumors because, as Andrew Garfield alludes to in the following quote, they find themselves in a lose-lose situation, as fans will fail to believe them regardless of what they say. That’s totally fair. But on the other hand… Andrew Garfield is an Academy Award-nominated actor — my dude simply HAS to put forth more convincing displays.

Let’s wind the clock back to May when Garfield appeared on MTV’s Happy Sad Confused podcast. The host of the show, Joshua Horowitz, asked Garfield about his potential involvement in Spider-Man: No Way Home, which sent the actor into a high-pitched, overly defensive soliloquy that sounded like a high school freshman working up the courage to ask out an older girl.

Andrew Garfield is ready to talk about those rumors about his return as Spider-Man. You might be surprised to see what he has to say. Watch the full interview on the brand new #happysadconfused patreon! https://t.co/e84Wokl1SQ pic.twitter.com/Civpe3Am5p

Tell me, does this look like the face of a man lying through his teeth? 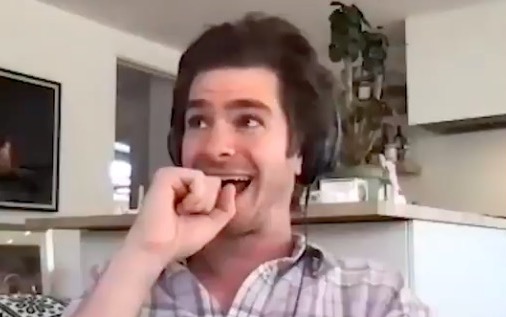 Given the context of Garfield’s acting pedigree, I simply could not believe the 38-year-old was incapable of putting together a more convincing defense. And this was all BEFORE the Spider-Man: No Way Home trailer, which confirmed the appearance of Alfred Molina’s Doc Ock was also teasing the arrival of Willem Dafoe’s Green Goblin, Thomas Haden Church’s Sandman, Jamie Foxx’s Electro, and Rhys Ifans Lizard, the latter two of which are from Garfield’s Amazing Spider-Man franchise.

Now, four months later, Garfield is back at it again, this time in an interview with Variety for his upcoming starring roles in The Eyes of Tammy Faye in Lin Manuel Miranda’s Tick Tick Boom. Once again asked about the No Way Home rumors, Garfield, yet again, delivered an answer so over-the-top that one can only assume he’s overcompensating to hide the truth.

“I understand why people are freaking out about the concept of that because I’m a fan as well. You can’t help but imagine scenes and moments of ‘Oh, my God, how f***ing cool would it be if they did that?’” Garfield said.

“But it’s important for me to say on the record that this is not something I’m aware I am involved in. But I know I’m not going to be able to say anything that will convince anyone that I don’t know what’s happening. No matter what I say, I’m fucked. It’s either going to be really disappointing for people or it’s going to be really exciting.” [via Variety]

Andrew, my guy, just start hitting interviewers with a “no comment”: it’ll save you precious breath you’d otherwise waste spewing these blatant lies that literally no one believes.